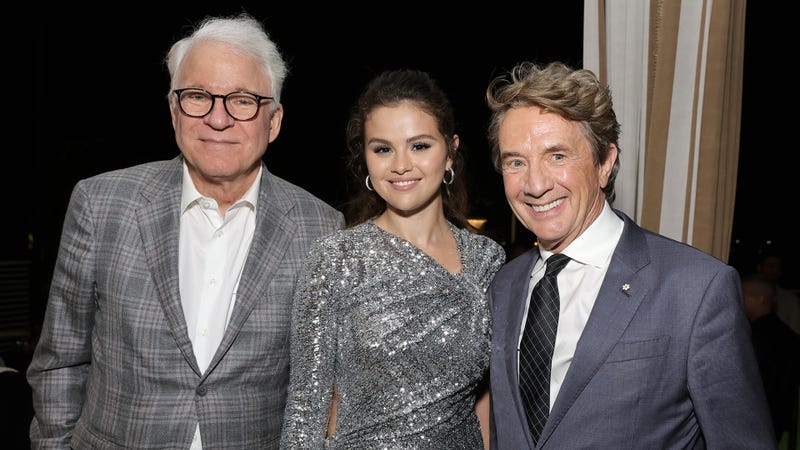 It's all fun and games until they suspect you of murdering the building manager. Actor Steve Martin joins Entertainment Weekly's What To Watch podcast today to talk about the second season of Hulu's Only Murders in the Building.

On today's What to Watch, season 2 of pop singer and actress Selena Gomez, and beloved comedic actors Steve Martin and Martin Short's Hulu comedy series Only Murders in the Building tops the watch list while the stars are on the suspect list after one of the show's main characters was found no longer alive at the end of season 1.

In the sleuth comedy's season 2 premiere, Charles (Martin), Oliver (Short), and Mabel (Gomez) are implicated in the murder of their building board president, Bunny, forcing the trio to make a choice between staying out of the spotlight or risk attempting to catch the killer themselves. "I like that we got to follow the logic a little bit and we became suspects," Steve Martin tells EW. "We actually became more famous as people in New York City, so there's a development in our characters and a level of awareness from other people. Now we walk down the street and they wave."

Cara Delevingne as a possible love interest for Mabel, Shirley MacLaine as Bunny's mother, and Amy Schumer as Amy Schumer are all set to feature in the new episodes as well. Check out the season 2 trailer for Hulu's Only Murders in the Building above. Also in this episode, the hosts discuss the season finale of Superman & Lois, and comedian Cristela Alonzo's new Netflix comedy special, Middle Classy, the follow-up to her 2016 special Lower Classy. Plus Carol Burnett's new role on Better Call Saul, what it would take for Christian Bale to return as Batman, and more.

Listen to today's full episode and follow along with the What To Watch podcast -- now streaming on Audacy -- Entertainment Weekly's daily guide to the shows that should be on your radar -- be it network, cable, premium or streaming -- hosted by Gerrad Hall with producer Ashley Boucher, editor Lauren Klein, writer Calie Schepp, and executive producer Chanelle Johnson.

While you're in the mood, listen to more of your favorite music on Audacy's all-new stations like Selena Gomez Radio, See You At The Movies, Girl You Know It's Cheese, Let's Get Social, K-Bops, Beach Beats, Collabornation, and so much more!