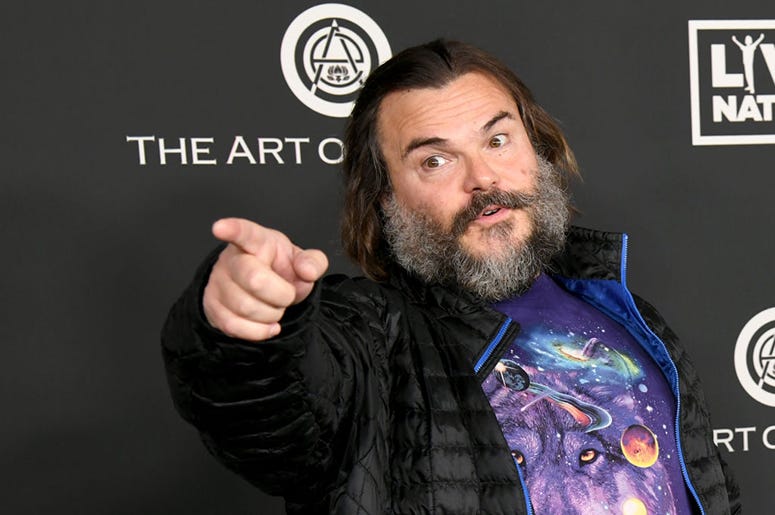 These are not words written in the year of our loathe, 2020, but they have been borrowed in the most amazing way to spread the message of the importance of voting in this year's U.S. election.

Dressed to impress, actor Jack Black helms a parade of celebrities who joined Rock The Vote for an incredible, socially-distant rendition of the Rocky Horror Picture Show classic "Time Warp."

Prior to the pandemic, Black and Gass had planned on touring the states to get their civic message out, dubbed the "Purple Nurple Tour - Twisting Hard to the LEFT,” but that was all put on hold just like everything else in our lives that we hold dear.

Fortunately for us, Zoom paid their Internet bill again this month and we get to see everyone take a big jump to the left and then a whole lot of pelvic thrusts as Jack Black sings his heart out while rocking the outfits of Riff Raff, Magenta, and Columbia.

A limited edition vinyl edition of the single will also be available for purchase via Tenacious D’s webstore. All proceeds from the vinyl sales will be donated to Rock The Vote.

For more information on how and where to vote, visit RADIO.COM/vote.

In other Rocky Horror news (right?), the original cast is getting together with a massive cast of celebrities to support Wisconsin Democrats, including Tim Curry (Dr. Frank N Furter), Barry Bostick (Brad Majors), and Nell Campbell (Columbia) from the original film with music provided by The Dresden Dolls and more.

The one time only livestream will be held on October 31st at 10PM ET/ 7PM PT. Tickets and info can be found here.

Rice, water guns, toilet paper, and screaming at the screen are (sort of) optional.