Slipknot are known for putting on an incredible performance. With promises their upcoming album will be even more “dark and vicious” than anything they’ve put out before, the crowd is matching that energy and providing intense mosh pits.

Leading up to the August 9 release of WE ARE NOT YOUR KIND, Slipknot is traveling the country on their Knotfest Roadshow. The tour kicked off on July 26 and will span all the way through to the beginning of September. Just two dates in, frontman Corey Taylor was forced to pause the show to help fans getting injured in the pit. 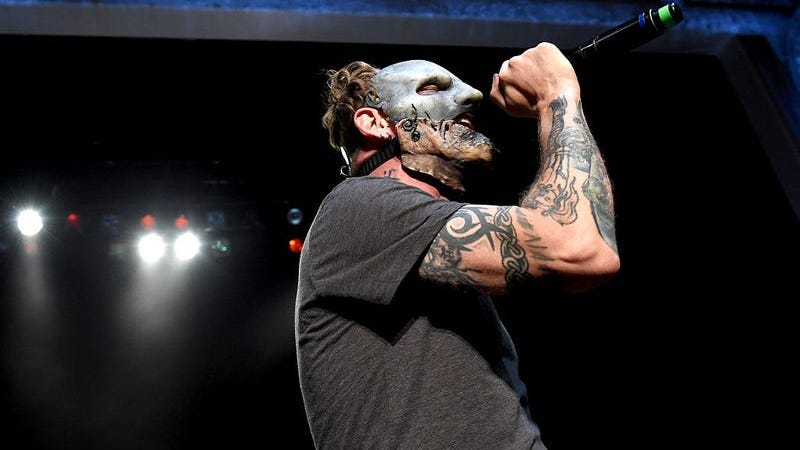 Fans at the San Bernardino, CA date of tour took to Reddit to share their worrying experiences from the rowdy crowd. A video shared shows a fan lying on the ground as EMT works to help them out.

“Corey got mad, he stopped the song because people wouldn’t stop moving to get EMT in,” a Knothead captioned the clip. Corey is seen donning his new mask and a floor-length coat as he yells to the crowd.

Knotfest SB was crazy fucking good. Mosh pits were so fucking rowdy, crazy good but some chicks started to get trampled & have seizures. Corey got mad, he stopped the song because people wouldn’t stop moving to get EMT In. from r/Slipknot

Other fans present at the show quickly jumped in to share what they saw happen. While the clip shows just one person on the ground, others noted seeing many people get borderline trampled when the band took the stage.

“During the huge push on the first song, a dude went down near me and was passed out face down on the ground. Every time I pushed as hard as I could to get some room, it instantly filled back up with people. I was getting pushed on top of him too. I was seriously worried this dude was going to die down there…” Reddit user MalnutritionUSA wrote.

“Same in my area!” user mSTH95 confirmed. “Kids and females were on the ground (hurt or unconscious) while people were still running around over them! If Corey hadn’t stopped the song, it could of [sic] been worse.”