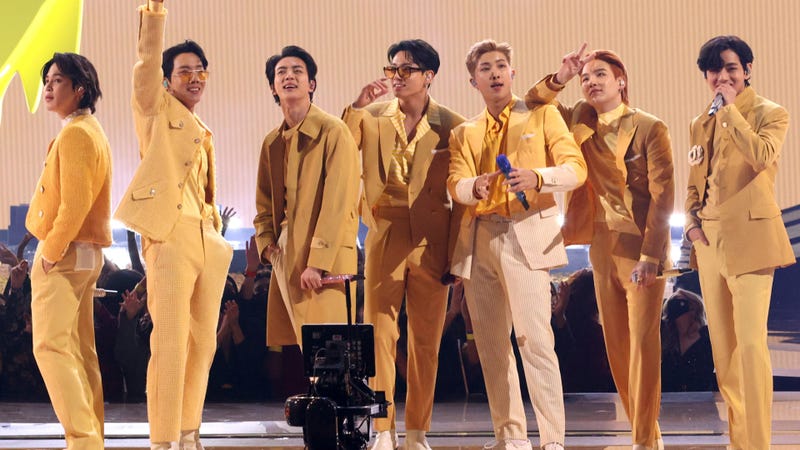 According to Big Hit Music, SUGA has tested positive for COVID, following a string of concerts and appearances from BTS in the U.S.

"He is currently administering self-care at home," according to a statement from Big Hit. "We see the artists' health as our top priority, and will do everything we can to aid SUGA in his speedy recovery."

SUGA reportedly has not been in contact with other members of the group, and is currently showing no symptoms. The "Dynamite" singer received his second dose of the COVID-19 vaccine in August, and discovered he was positive upon arriving back in South Korea on Thursday after several events in the U.S. to promote the band's year of success across the U.S. charts.

Earlier this month it was announced that the group was planning another scheduled hiatus to recharge and relax through the holidays. “We would like to inform you that BTS is planning to take a second official extended period of rest since their first in 2019,” shared another official statement. “The period of rest will provide the members of BTS who have tirelessly committed themselves to their activities, a chance to get re-inspired and recharge with creative energy.”

This week, "Butter" was also voted as Audacy's Bop of the Year, with fans naming the song their favorite of 2021. An Audacy Live celebration featuring BTS is set to premiere next week, with more details arriving soon.