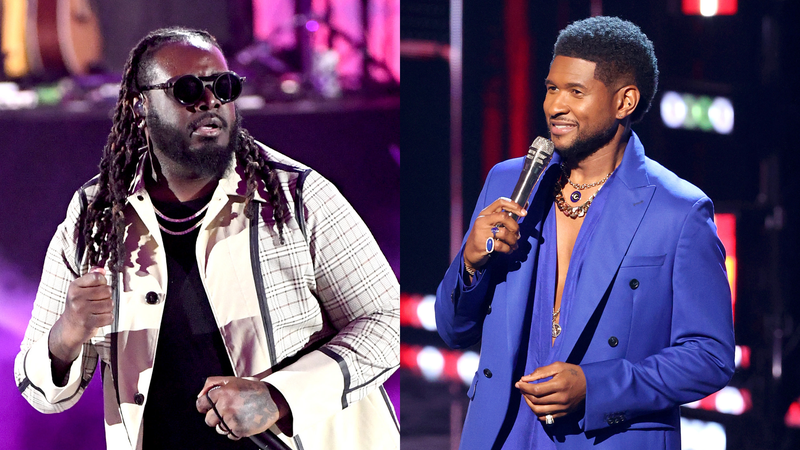 After revealing in Netflix’s This Is Pop back in June that he went through a period of depression as a result of Usher’s unkind words, T-Pain is once again revealing, that despite the R&B singer’s claims, he and Usher have not patched anything up since his confession went worldwide.

During his appearance on the The Angie Martinez Show, T-Pain was asked by the curious host about the so-called conversation Usher said they had. And as seen in a clip the “Bartender” singer claims no actual conversation happened and it was a “big lie.” Not the least bit upset, even laughing about the matter towards the end, T-Pain went on to explain his version of how things really happened.

“So I hit Usher after the interview came out, and I was like, ‘Yo, I’m sure you saw what’s going on,’ and then all he texted me back was ‘Let’s not text, let’s talk.’" Which obviously T-Pain was down for, sharing his response, “and I was like, ‘Cool, hit me up.’”

But as we’re sure you know by now, T-Pain “never heard from him,” but did however, lightheartedly admit to later seeing a statement where Usher claimed the two had cleared things up.

Obviously the internet had something to say on the matter, with one fan reacting to the update by saying, “I like Tpain, he’s going to tell it like it is. He means no harm tho.”

While others called Usher out with comments like, “Why Usher just flat out lie like that,” and “Smh. Shame on Usher. It shows he really doesn’t care.”

Check out T-Pain’s entire interview with Angie Martinez below.