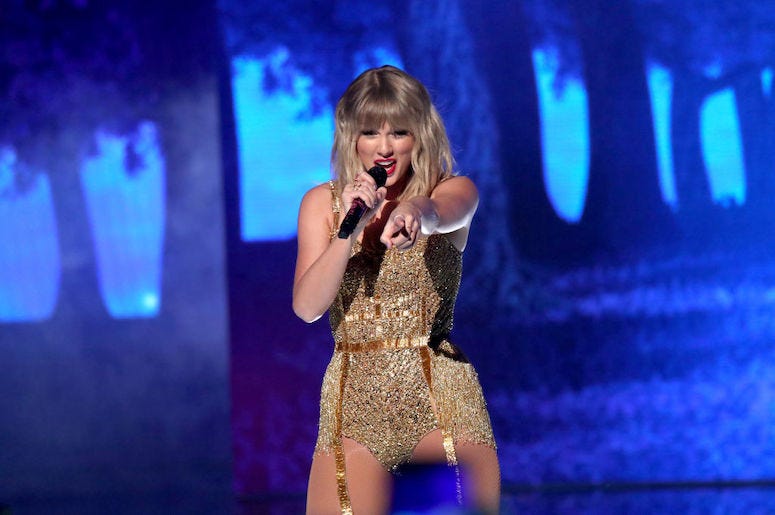 While she’s officially been an unofficially “fourth Haim sister” for a while now, Taylor Swift’s participation in HAIM’s latest song pretty much seals the deal.

HAIM released a new version of their song “Gasoline” on February 18 featuring Taylor Swift on vocals. “Cancel the DNA test I’m the 4th Haim sister and this song is the only proof I need,” Swift wrote in a caption on her Instagram story sharing a clip of the song.

“Gasoline” comes from HAIM’s GRAMMY-nominated third album Women in Music Pt. III as the latest remix appears on the expanded edition of the record. HAIM and Swift have long shared a collaborative partnership as the sisters were featured on Swift’s ballad “no body, no crime” from her recent album evermore.

In their own Instagram post, Haim wrote, “since we released wimpiii in june, taylor had always told us that gasoline was her favorite.”

“So when we were thinking about ways to reimagine some of the tracks from the record, we immediately thought of her. She brought such amazing ideas and new imagery to the song and truly gave it a new life. Thank you @taylorswift for adding your incredible voice and spirit to a track that means so much to us.”

In a recent interview with RADIO.COM, HAIM opened up about their long relationship with Swift and explained the surprise fans felt that “no body, no crime” was their first collaboration together.

“We had opened for her on tour back in 2015, and I think we’d always kind of like joked about it, like when is it going to happen, and of course it took a ‘murder’ for us to make a song together,” Este Haim said.