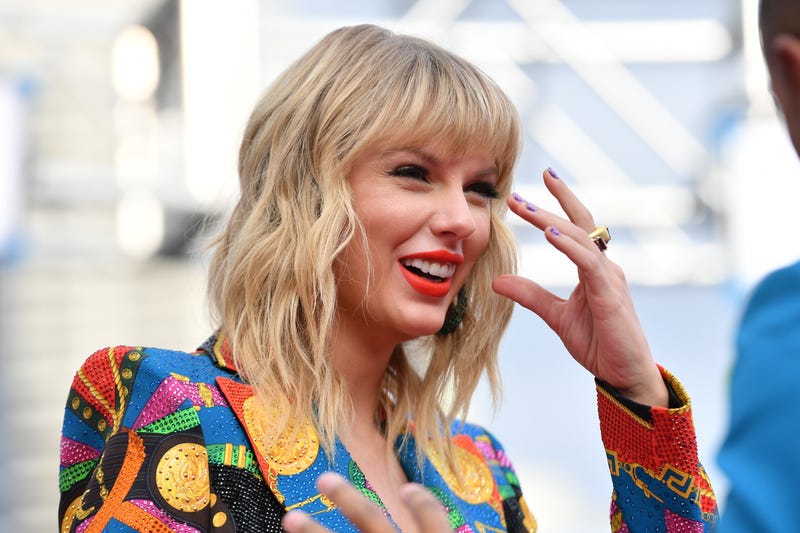 Taylor Swift loves a good crime podcast and this time one of her songs got the full true-crime treatment.

Listen to your favorite podcasts now on Audacy

Swift reacted on Monday after audiochuck's Crime Junkie podcast used the lyrics from Taylor’s song off of evermore, "no body, no crime," featuring HAIM, to concoct a fake crime story for April Fools Day.

📲 IG | Taylor Swift listening to the new @CrimeJunkiePod episode via Instagram story featuring ‘no body, no crime’ as an April Fool’s prank — “I just changed Este’s name to Esther Hollis in my phone”

The episode of Crime Junkie, titled “Missing: Esther Hollis” takes details from the tale that Swift and HAIM sing about on the track. The story unfolds after a woman named Este was apparently murdered by her husband. Este is also the name of the bassist in HAIM who shares a close friendship with Taylor. Taylor also jokingly shared in her post, “I just changed Este's name to Esther Hollis in my phone."

The lyrics to “no body, no crime” start with, “Este's a friend of mine/ We meet up every Tuesday night for dinner and a glass of wine/ Este's been losing sleep/ Her husband's acting different and it smells like infidelity.” Additionally, Taylor sings in the chorus, “I think he did it but I just can't prove it/ No, no body, no crime/ But I ain't letting up until the day I die.”