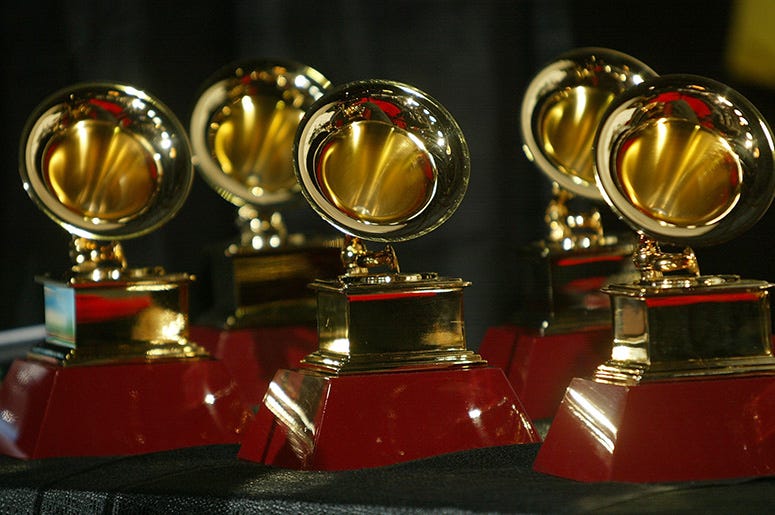 It's going to be a markedly different GRAMMY Awards ceremony than you're accustomed to this year in the midst of the coronavirus.

After postponing the show originally scheduled for January 31, the Recording Academy moved the festivities to March 14, and now we're getting a peek into what we should expect.

After thoughtful conversations with health experts, our host and artists scheduled to appear, we are rescheduling the 63rd #GRAMMYs to be broadcast Sunday, March 14, 2021.

According to Variety, the event will be held outside of the Los Angeles Convention Center, with the ceremony's historical home of the Staples Center in view as the backdrop.

Of course, this can all change at a moment's notice, but plans are for there to be no audience, save for a small contingent of press invitees as well as a live red carpet broadcast featuring performers and presenters. Live performances are certainly planned, but fans should expect many to be pre-recorded.

These scant details emerged after GRAMMY chief Harvey Mason jr. told Variety on January 7 that this year's show will be held "in and around" the Convention Center, where there’s room "for indoor and outdoor activity."

Performances could also come from multiple independent music halls across the city. Back in December, GRAMMYs producer Ben Winston hinted that he was "looking to do something quite exciting with the independent venues — supporting them and putting a spotlight on them in what has been a really tough year for them."

The 2021 GRAMMY Awards will take place on Sunday, March 14 and will be broadcast at 9PM ET on CBS. Click here to see the full list of this year's esteemed nominees.