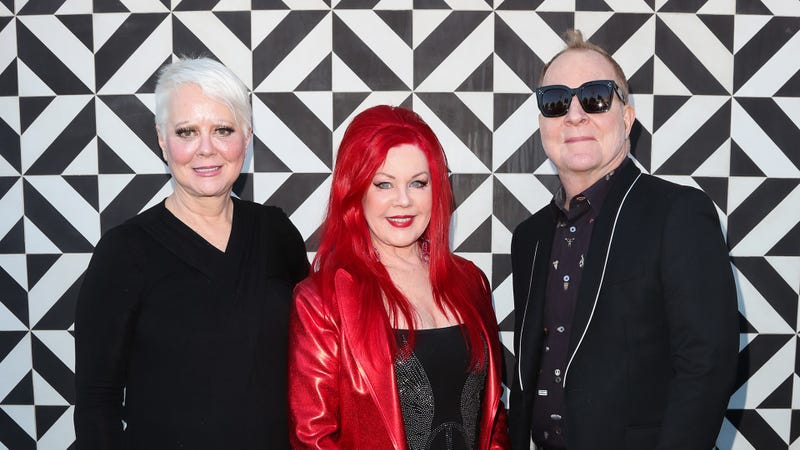 The beloved B-52's, featuring members Kate Pierson, Keith Strickland, Cindy Wilson, and Fred Schneider, will be heading out on their "final tour ever of planet Earth" at the end of the summer with KC & The Sunshine Band joining the party, as well as a few select dates with The Tubes.

Listen to your favorite music now -- curated for fans, by fans -- on Audacy’s 90s and Chill, Classic Kids, and more!

After 45 years of "Rock Lobster"-ing, "Love Shack"-ing, and "Roam"-ing where they want to -- the Georgia group's tin roof is finally rusted beyond repair and they're bringing a final performance to fans in 11 cities across the U.S. The dates begin on August 22 in Seattle, WA, and end on November 11 close to their home of Athens in Atlanta, GA. Additionally, the band will perform on Jimmy Kimmel Live! on Wednesday, April 27.

"No one likes to throw a party more than we do, but after almost a half-century on the road, it’s time for one last blow-out with our friends and family…our fans," singer Fred Schneider said regarding the band's choice to retire from touring. "It has been a wild ride, that’s for sure," adds Cindy Wilson. "We feel truly blessed to have had an amazing career encouraging folks to dance, sing along with us and feel they can be whomever they are with our music."

Check out the current list of The B-52's' dates below, and stay tuned for additional shows to be added in the coming weeks. The tour's presale begins April 27 at 12PM ET, while the public on-sale will start on Friday, April 29 at 10AM local time. Grab your tickets right HERE.

Fret not fans, there are still more beehives to be had in 2023. A documentary film tracing the history and influence of the band, helmed by Craig Johnson (Skeleton Twins, Wilson) and Fred Armisen, is scheduled for release in the new year.

Check out some of Audacy's all-new stations like '80s Underground, New Wave Mix Tape, 90s and Chill, Classic Kids, 80s Guitar, Rock N’ Road, Freedom Rock, ALT Roots, and The Roots of Rock for those who crave the early days.