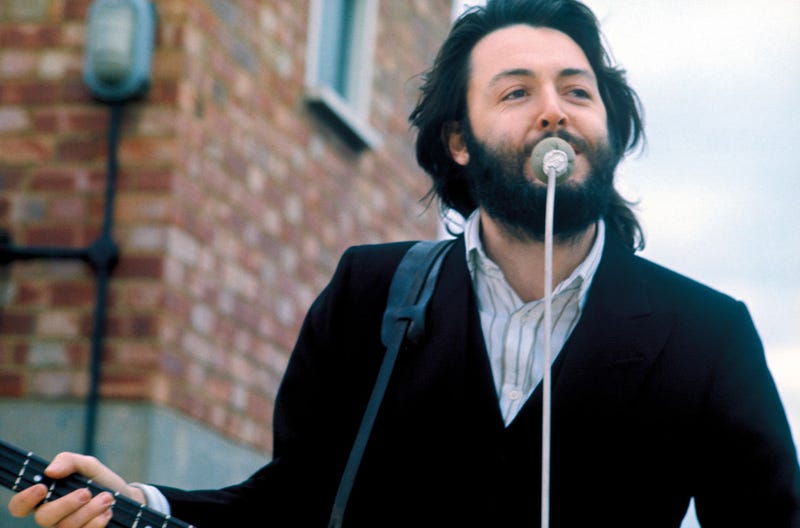 Paul McCartney performs with the Beatles on the Apple Corps rooftop on January 30, 1969. "The Beatles: Get Back" premieres on Disney+ this week. Photo credit Ethan A. Russell / © Apple Corps Ltd.
By Andre Bennett, KYW Newsradio

PHILADELPHIA (KYW Newsradio) — There have been a lot of big streaming premieres this year, but it doesn’t get much bigger than The Beatles. A new documentary from one of the most acclaimed directors of our time promises a deep look at the Fab Four.

If that isn’t enough for you, there’s a brand new Marvel Studios show, a highly-anticipated animated adventure, a few Christmas stories, and a can’t-miss Nicolas Cage performance.

There’s only one place to start, so let’s take a look at...

The Beatles: Get Back

It’s 1969, the Beatles are recording what would become their final studio release, “Let It Be,” and the Fab Four are constantly at each other’s throats, their relationships unraveling in real time.

However, that’s not actually what happened.

“The actual project during January 1969 … certainly doesn’t go smoothly,” director Peter Jackson told KYW Newsradio special contributor Larry Kane. He said while they had their issues, a lot of what we’ve heard over the years was greatly exaggerated.

“It doesn’t result in the band fracturing and them shouting at each other and all that sort of stuff. They solve these problems because they are so tight, they have a psychic sort of understanding with each other and they actually love each other.”

Jackson, the Oscar-winning director of “The Lord of the Rings” movies, painstakingly restored footage shot for Michael Lindsay-Hogg’s 1970 “Let It Be” documentary to create a six-hour exploration of the band’s relationship and creative process during that pivotal period.

“After 50 years,” said Jackson, “The Beatles are back to cheer us up again.” Part one premieres Thursday on Disney+. Parts two and three debut Friday and Saturday, respectively.

It’s double the “Hawkeye” as Jeremy Renner prepares to hand his bow over to Hailee Steinfeld in the latest MCU TV series. The avenging archer (Renner) just wants to spend Christmas in the Big Apple with his family, but a threat from his time as the vigilante Ronin has him on the run.

And if that isn't enough, he has to contend with Hawkeye superfan Kate Bishop (Steinfeld), who he ends up taking under his wing. Can Clint take out the bad guys, save his family and finally pass on the Hawkeye mantle?

*While Echo was the first deaf superhero to appear in Marvel Comics in 2005, she is not the first such character in the MCU. That would be Lauren Ridloff’s Makkari in this year’s “Eternals.”

Kevin Hart looks to flex his dramatic muscles again in this Netflix limited series. Here, he plays Kid, a thinly fictionalized version of himself who returns home to Philly to kick off his stand-up tour. A dark turn of events leads to him reconnecting to his resentful older brother, played by Wesley Snipes.

Critics have called Snipes the MVP of the seven-episode series, and it's no surprise to us at What to Watch. Snipes has been unfairly overlooked as an actor for years now. Did people forget the live-wire personality he showed off in "New Jack City" and "White Men Can't Jump?" What about his smooth charisma and vulnerability in "Jungle Fever?"

We're glad the world is rediscovering Snipes' greatness. If we have to sit through recycled plots from "After Hours" and "Very Bad Things" for that to happen, so be it. Currently streaming on Netflix.

1983's classic "A Christmas Story" is set in 1940. When you think about it, it's both overdue that millennials get a "Christmas Story" of their own and deeply depressing that about as much time has passed between subject matter and movie.

So while you ponder your mortality, you can check out "8-Bit Christmas" on HBO Max, about a kid trying to be the first to get an old-school Nintendo Entertainment System.

Maybe afterwards, you can dig yours out of the closet if you still have it and your cats aren't sleeping in the box it's in. Show your kids how you used to play with power. Maybe they won't get bored, or think the graphics primitive and the games impossible.

Netflix is back in the Santa Claus business this year. But this time, they're not bringing back Kurt Russell as a rugged, charming St. Nick. "A Boy Called Christmas" tells the story of Nikolas, the boy who would be Father Christmas.

Kristen Wiig and Sally Hawkins star, along with "Harry Potter" alums Maggie Smith and Jim Broadbent, plus Stephen Merchant as a talking mouse. Time will tell if it endures as a family classic, but the trailer points to a pleasant, if visually busy spectacle. Currently streaming on Netflix.

"Masters of the Universe" fans have been waiting for the second half of Netflix's "Revelation," in which Teela and friends have to restore magic on Eternia after He-Man and Skeletor's apparent deaths.

But now Skeletor is back, and he has the power.

The Kevin Smith-written series has been a loving tribute to the original "Masters of the Universe" cartoon, featuring a star-studded voice cast — including Sarah Michelle Gellar and Mark Hamill. Expect a thrilling, heroic and violent resolution to the tale.

But if "Revelation" isn't your bag, or you have smaller kids who want to enjoy the action, there's also Netflix's new "He-Man and the Masters of the Universe" CGI reboot, and of course, the critically acclaimed "She-Ra and the Princesses of Power." Currently streaming on Netflix.

It's a brand new holiday special from the stop-motion kings at Aardman Animation. Do we need any more reason to be excited? Currently streaming on Netflix.

It's hard to deny Nicolas Cage is having a moment. Long consigned to churning out uninspired action thrillers destined for your nearest Redbox kiosk, the Academy Award winner is once again in demand.

But while he's been doing a lot more interesting work lately, from "Mandy" to "Prisoners of the Ghostland," a lot of that has traded on his inherent explosiveness, the promise of a cinematic meltdown. His "Caginess," if you will.

And while "Pig" is a strange movie, it doesn't quite go to that place. Instead, it features Cage in a quiet, thoughtful performance as a forager living off the grid with his beloved truffle pig. When his pig is kidnapped, he is forced to return to the city, to face his own past as a high-end chef.

"Pig" is also an unexpected two-hander, with Alex Wolff co-starring as his truffle buyer, who starts to re-examine his own life and needs as he helps search for the pig.

"Pig" is a contemplative, almost dreamlike movie, with one of Cage's best performances in years at its core. It may not be the Cage you expect, but it's the Cage we all need. Premieres Friday on Hulu.

Saved by the Bell: Season Two

The biggest surprise of Peacock's "Saved by the Bell" reboot was that it was actually funny. 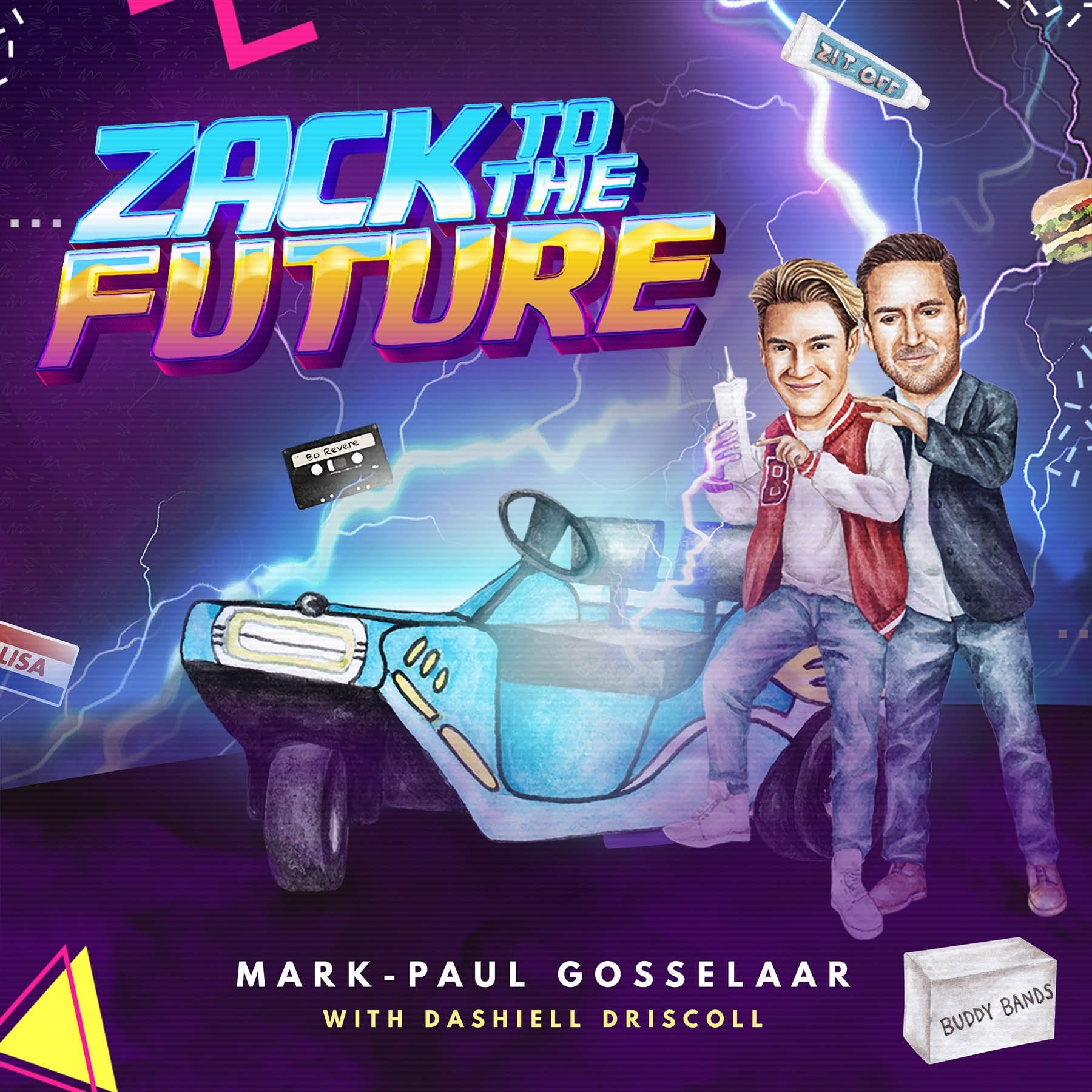 While that sounds like a backhanded compliment, we mean that it was very funny. It succeeded in both lampooning the campy original show while forging its own comedic trail.

So hopefully we get more of the same this season, but as seen in the trailer, we definitely get more Zack and Kelly. We'll take that. Currently streaming on Peacock.

Once you set down your fork Thursday night and settle in for that tryptophan-fueled nap, you've likely accepted the holiday season has well and truly begun. So what better way to officially kick it off than to watch one of the greatest Christmas movies of all time?

Before you say anything, we mean it. "The Muppet Christmas Carol" is an absolute classic. It's a gorgeous movie, from its period-accurate design to its seamless Muppet effects. It's also a shockingly faithful adaptation of "A Christmas Carol," even incorporating Dickens' narration (through Gonzo as Dickens, of course).

But what truly makes the enterprise work is Michael Caine as Ebenezer Scrooge. As one of the few humans in the picture, Caine gives his all as the iconic miser. In doing so, he grounds the film in real human emotion, giving it unexpected dramatic weight.

And if you haven't seen it in a while, now is a good time to revisit, as director Brian Henson recently rediscovered the "When Love is Gone" musical number, cut from the original release. A recent 4K restoration reinserted the lost scene into the movie.

"The Muppet Christmas Carol" has become a tradition in our household, and it deserves to be one for all who celebrate. God bless us, every one. Currently streaming on Disney+.