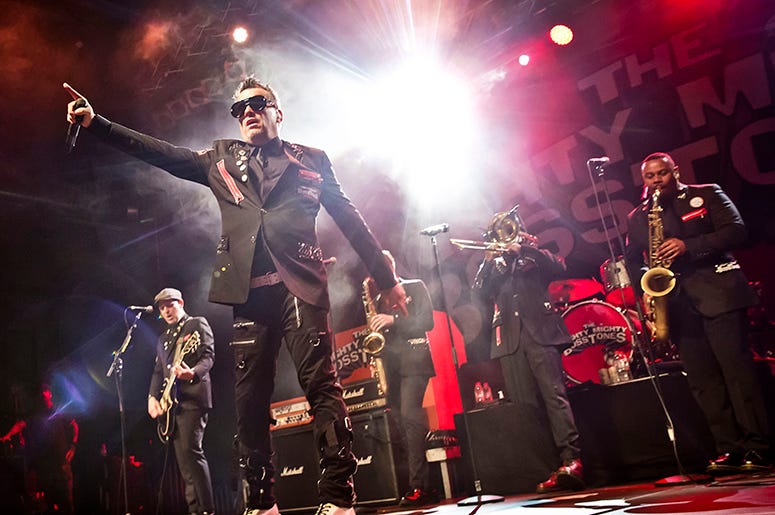 Bust out your plaid spaghetti suspenders... The Mighty Mighty Bosstones are back with an all-star Ska anthem featuring members of Rancid, The Interrupters, Fishbone, The Pietasters, The Specials, and more!

The Bosstones' brand new single "The Final Parade," out today January 25, features solo artists and members from punk and ska bands almost too numerous to list. And since this comes amid the pandemic, there were probably a whole bunch of unruly Zoom meetings that brought it about. At least, that's the impression that we get.

The announcement of the new Bosstones single comes via Hellcat/Epitaph Records who are "pleased to welcome the progenitors of ska," to the record label family.

The almost eight-minute track "heralds the ups and downs of the band’s journey," since their formation in 1983, as well as "the history of ska," and features vocal cameos and guest appearances from "ska-punk luminaries" from around the globe.

"It’s a love letter to Ska music and the people that make Ska music and it’s a whole lot of fun,” says Bosstones singer Dicky Barrett. While Rancid singer Tim Armstrong, who co-produced the track with fellow GRAMMY award-winner Ted Hutt of Flogging Molly fame, describes the song as "The Ska Summit."

We are beyond excited to announce we've joined the @HellcatRecords @epitaphrecords family! And, & we've got new music to share today! The Final Parade was made with help from SO many friends...we still can't believe it even exists. enjoy! https://t.co/pvn8VBz0D7 pic.twitter.com/bz01eZFyZC

The Bosstones also posted the news about their new label home and single on their social channels today. "We are beyond excited to announce we've joined the @HellcatRecords @epitaphrecords family... The Final Parade was made with help from SO many friends...we still can't believe it even exists. enjoy!"

Keep an eye out for even more from the band in the new year.