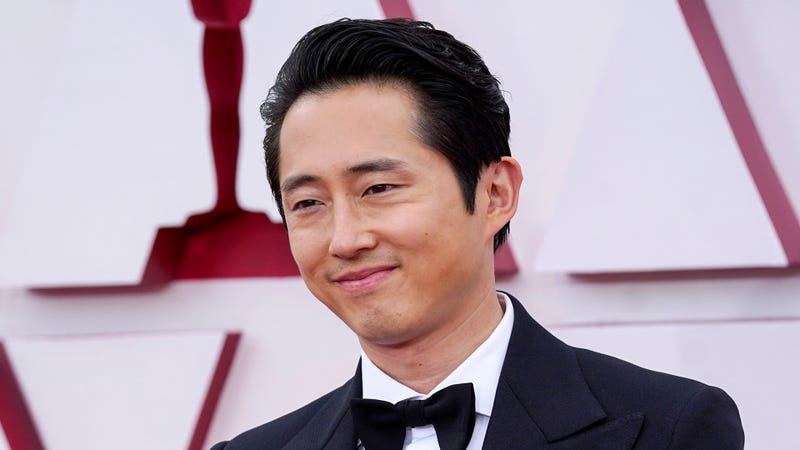 On the latest episode of Conan O’Brien Needs a Friend, The Walking Dead actor Steven Yeun sits down with Conan to talk about landing the role of Glenn in AMC series, emigrating from South Korea at an early age, and the beauty of submitting to life as a parent.

Despite getting his Walking Dead gig only six months after moving to L.A., Steven did experience some casting disappointments before that. Making it all the way to testing for the pilot of a show, to lose out on the role in the end.

“I was eating at an IHOP by myself," Steven recalled, "and I got a phone call there that I didn’t get it and I thought I was done. And then y’know two months later,” he got “the thing that I couldn’t have gotten if I had gotten that original thing.” From he learned the valuable lesson of not bug out too much when things don’t work out.

Steven, who immigrated to Canada and then Michigan from South Korea at an early age, also spoke to Conan about now that he has children of his own, he realized that his Dad’s hasty decision to move was only made harder because “he didn’t explain anything.” But as most second generation immigrants, Steven eventually found his place, explaining, “first your displaced, and then there’s this slow separation from your parents over years. Cause I get more ingratiated into this place and they’re still stuck where they’re at.”

When it comes to Steven’s relationship with his kids, he admits “that’s it, submission.”

“Sometimes there’s just nothing better than the act of submission, just to not have choices,” which Yuen admits he isn’t fond of anyway.

Yuen and Conan kept the conversation going, talking about everything from relationship insecurities, his transition from TV to film including his Oscar nominated role in Minari and his latest role in Jordan Peele’s Nope, out July 22. To listen to it all, press play on the podcast episode above.