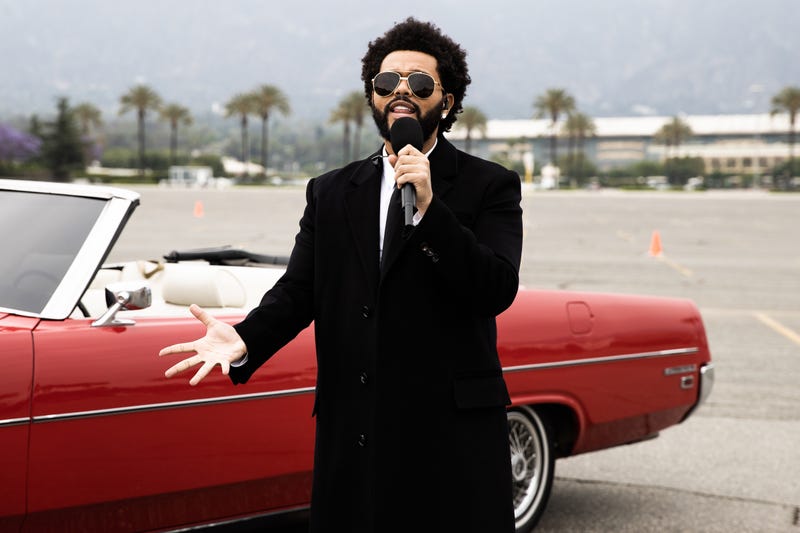 The Weeknd has just revealed the North American leg of his After Hours Til Dawn global stadium tour.

This is the first time the “Blinding Lights” artist will embark on a worldwide arena tour, plus Doja Cat will be joining Abel Tesfaye as a special guest throughout his North American tour dates.

The After Hours Til Dawn Tour, which is set to kick off in The Weeknd’s hometown of Toronto, Canada on July 8, will “showcase the musical experience of the past two albums for the first time live,” explains a statement.

Tesfaye's shows will make stops at prestigious U.S. stadiums such as the Metlife in New Jersey, Soldier Field in Chicago, Hard Rock Stadium in Miami, Allegiant Stadium in Las Vegas, and more, before wrapping Friday, September 2 at SoFi Stadium in Los Angeles, California. 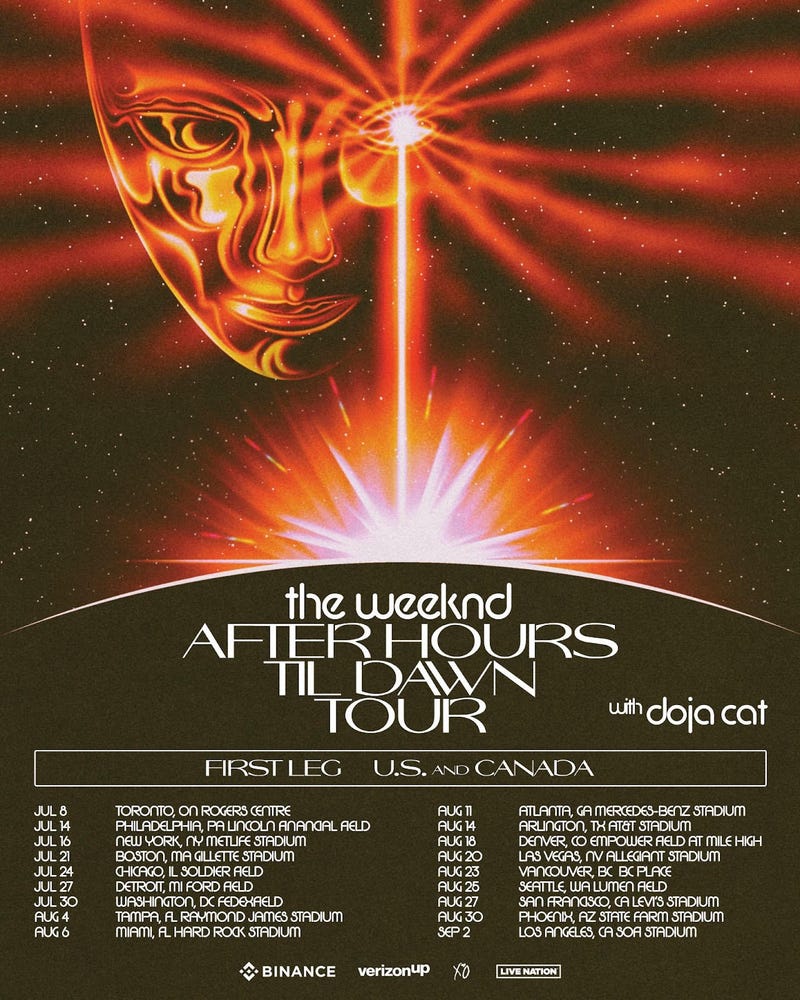 Tickets for the North American dates go on sale beginning Thursday, March 10 at 10AM.

Fans who previously had tickets for the After Hours arena tour in North America will have access to a special presale starting March 4, and will receive an email prior to that date directly with more information.

Additionally, The Weeknd has launched the XO Humanitarian fund with United Nations World Food Programme to ensure that $1 from each North American ticket sale will benefit the fund, plus a promised $1.5 million donation. “Fueled by his passion to help those in need, the multi-platinum and diamond certified global superstar established this fund to support the U.N.
World Food Programme’s critical food assistance to communities on the brink of starvation, in countries like Ethiopia, Madagascar and Yemen. The Fund is administered by World Food Program USA.”

The After Hours Til Dawn Tour marks the first time The Weeknd will be touring his massively successful, After Hours album, as well as his latest release, DAWN FM.

THE WEEKND AFTER HOURS TIL DAWN TOUR 2022 NORTH AMERICAN DATES: