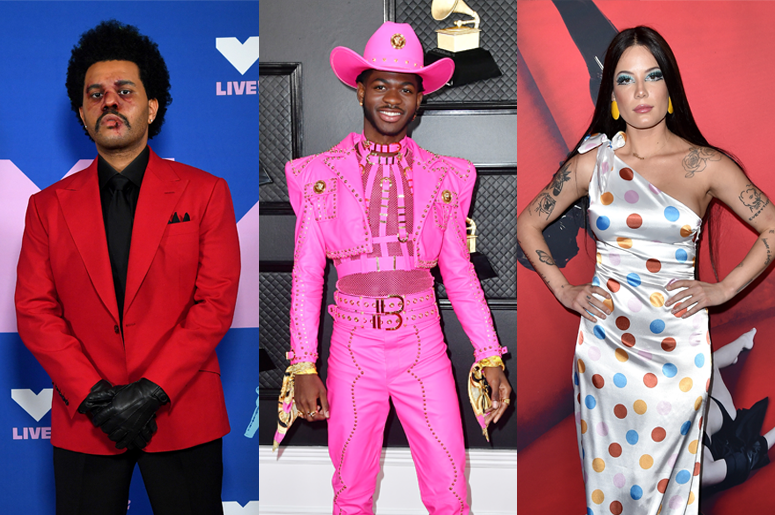 Halloween has come and gone, and all-though it wasn’t celebrated as per usual due to the global pandemic and social distancing, it thankfully didn’t stop thse celebs from slaying us with their incredible costumes.

While not every A lister stuck to the the status quo (Kendall Jenner hosted a party), most did. But for those who did, even though they couldn’t actually go out, it didn’t stop them from going all out with their looks.

Check out some of our top picks below.

Always one to impress us with his spooky season look, this year, The Weeknd donned prosthetics and a fat suit, transforming himself into Eddie Murphy’s character Sherman Klump, better known as The Nutty Professor. No cap, Abel might have won this one, it was everything we never knew we needed, and now can’t live without.

Hunty, please excuse us while we regain consciousness, because Lil Nas X, absolutely slayed us with his Halloween costume this year. Channeling, Nicki Minaj, Nas, who recently proudly admitted to being a Barb, preceded to drag us back to life, after said slay, and had us doing a double take dressed up as “NAS MARAJ.”

It takes my breath away! Well it would if I had any...

If you scroll through her IG, you’d know that Halsey doesn’t need it to be Halloween to rock a costume. Usually choosing a characters from the world anime, like Sailor Moon’s Chibiusa and D.Va from Overwatch. So, when it actually came time for Halloween, best believe, our girl went all out, and absolutely let us have it, as Emily from the Corpse Bride. Oh and she did her own make-up.

Even though it seems as though these two do pretty much everything together, it’s safe to say matching Halloween costumes is not one of those things. This year, while Justin Bieber channeled a laid back Woody from Toy Story, wifey Hailey looked all kinds of snatched, rocked a latex number inspired by Nurse Dolly from the Netflix series Ratched.

Kylie Jenner and her crew kept the tradition of a squad costumes alive, this year choosing to morph into sexy Power Rangers. Oh but that wasn’t all, Kylie also slithered her curves into a Mugler snake print jumpsuit and transformed herself into a slinky King Cobra. We would expect nothing less from Queen Kylie herself.

Lizzo’s Halloween costume this year was “FLYYYYY AF!” No but like literally, she dressed up as the fly on Mike Pence’s head during the vice presidential debate, and it was everything. There’s not much else that needs to be said about this epic viral moment turned halloween costume gold, oh except for this... GO VOTE!

With a face beat for the gods, Cardi B kept up with the snake trend, and pretty much shut it down as a snatched Medusa, and by it, we mean Halloween.

Speaking of Cardi, Ciara came for us all this Halloween, transforming herself into not one, not two, but three different queens of Hip Hop, and we were absolutely living for every single one of them. Ci started off by replicating Cardi’s Invasion of Privacy album cover, try and spot the different, we dare you. Ciara followed that up by recreating Megan Thee Stallion’s Girls in the Hood single artwork, she then paid homage to the one and only Nicki Minaj. Then, after all that she still wasn’t finished, next she teamed up with her hubby Russell Wilson to take on Busta Rhymes and Janet Jackson. In conclusion, Ciara is this year’s Queen of Halloween and none of us a worthy.