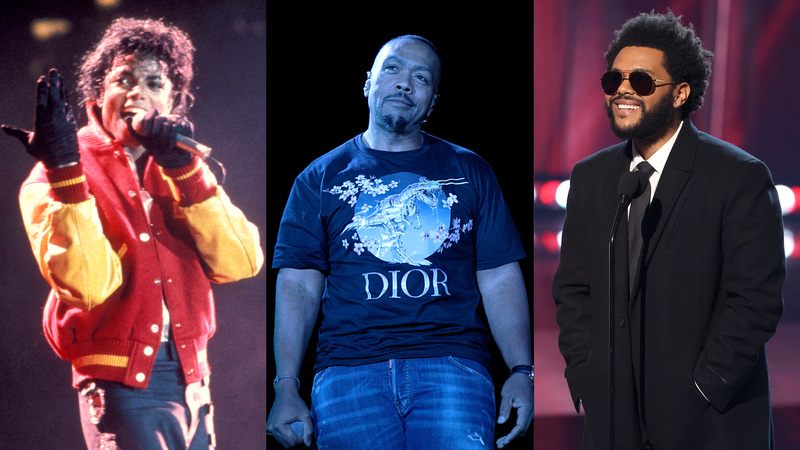 Alright look we love The Weeknd, like A LOT, but comparing his latest album Dawn FM to Michael Jackson’s Thriller is a very BOLD claim to make… even for super producer Timbaland.

Listen to The Weeknd Radio now on Audacy

Basically from the moment The Weeknd (real name Abel Tesfaye) dropped his semi-surprise album on January 7, fans and critics knew it was something special. Including Timbaland, who hopped on IG Live the very next day to let his opinion on the album be known. Confidently comparing it to Michael Jackson’s 1982 masterpiece, saying, “This album different y’all. This s*** right here on some Thriller s***. Trust me when I tell you and the way he dropped this s*** — yo! Congrats. This s*** is amazing.” He added in bold text, “This album is beyond great. We need a vinyl to this.”

Like we said… bold move. And while this isn’t the first time The Weeknd has been likened to the King of Pop to no debate, it was that the respected producer compared Dawn FM to Jackson’s celebrated album, that wasn’t exactly well received. So, obviously the internet waisted zero time to hop on Twitter to let their opinion on the matter be known.

And while some were relatively nice about it —

Even though Timbaland compared The Weeknd’s new album to Thriller, I may have to listen, Tim’s ear is intergalactic planetary so he may be on to something…or, I just can’t… pic.twitter.com/l8M1rnKvP6

Others, weren’t having any of it and didn’t hold back —

Timbaland is arguably top 3 greatest producers of all time, but he need his ass beat for comparing The Weeknd’s new album to Thriller…

I fucks with Timbaland but this type cappin is nuts and disrespectful to Michael jackson thriller 😂🤦🏿‍♂️ timbo wyling https://t.co/iU5YOPFjE5