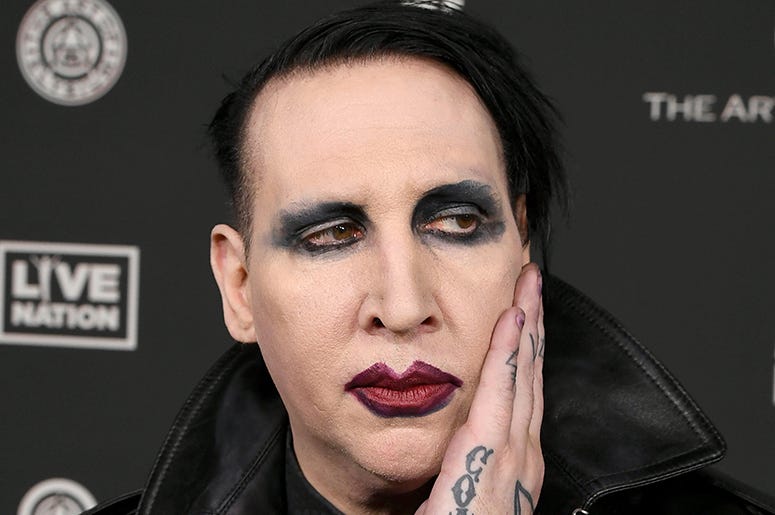 The fallout is coming hard and fast for shock-rocker Marilyn Manson following allegations of grooming and abuse from his former partner, actor Evan Rachel Wood.

Manson, real name Brian Warner, has vehemently denied his ex's statement saying he and his music have "long been magnets for controversy, but these recent claims about me are horrible distortions of reality." But it seems some of his former bandmates and fellow musicians who have been with him since the beginning have another point of view. 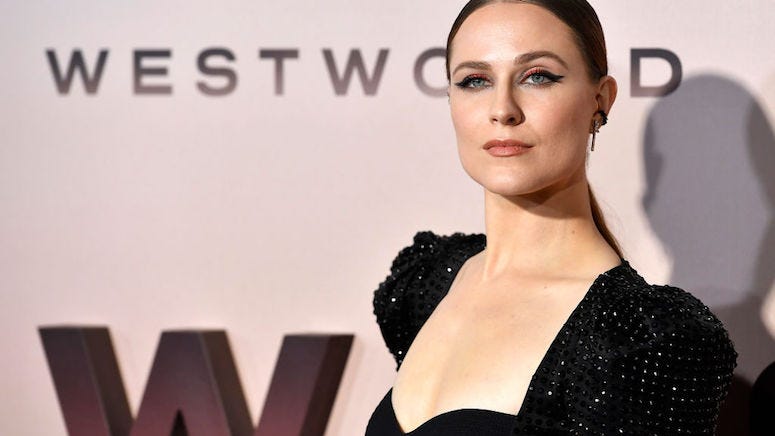 Nine Inch Nails frontman Trent Reznor signed Marilyn Manson to his Nothing Records label in 1994, produced their debut album Portrait of an American Family, and toured together extensively during The Downward Spiral era.

In a recent statement given to music purveyor Pitchfork, Reznor said: "I have been vocal over the years about my dislike of Manson as a person and cut ties with him nearly 25 years ago. As I said at the time, the passage from Manson’s memoir is a complete fabrication. I was infuriated and offended back when it came out and remain so today." 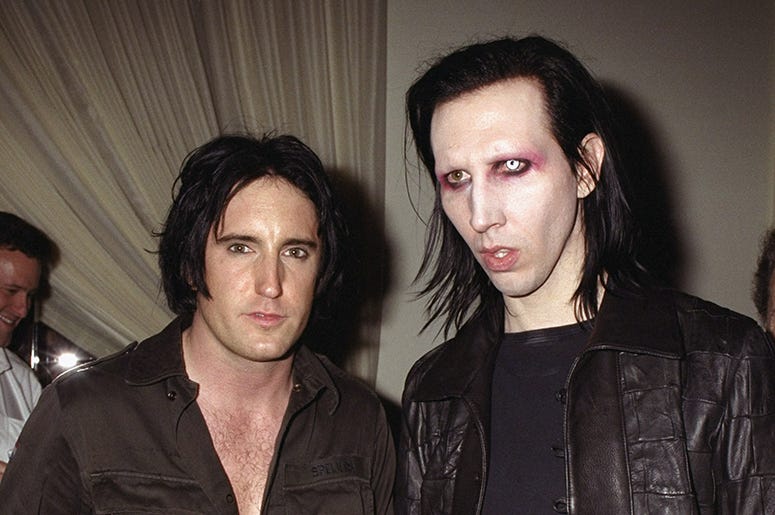 The memoir passage Reznor referred to comes from Manson's 1998 autobiography The Long Hard Road Out Of Hell. In recently resurfaced passages, Manson tells a graphic story about he and Reznor allegedly sexually assaulting a woman in the '90s. The tale stems from a never-printed interview due to "content objections" on the part of the publisher, "which believed that the magazine had followed unethical interview procedures in order to extract information from Mr. Manson,” according to Manson's book.

Back in 2009, Reznor had words to speak of Manson to Mojo magazine, saying "he is a malicious guy and will step on anybody’s face to succeed and cross any line of decency. Seeing him now, drugs and alcohol now rule his life and he’s become a dopey clown." 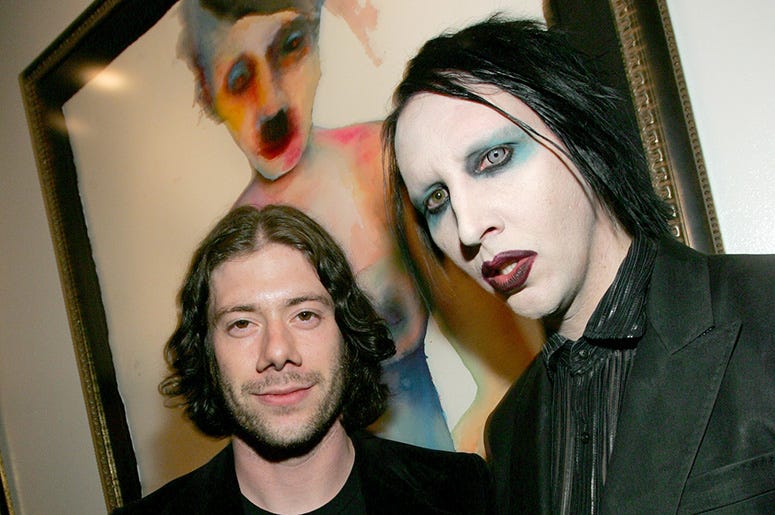 Reznor is not alone. Former touring guitarist for Manson and founding member of Limp Bizkit, Wes Borland, insists that “every single thing that people have said" about Manson "is f***ing true." During a recent appearance on the Space Zebra podcast, he laid it all on the line.

"I was in the band for nine months," says Borland. "He’s not a great guy. And every single thing that people have said about him is f***ing true. So relax about the allegations towards the women … Like when people [say bad things about] these women that are coming after him right now … F*** off. They are speaking the truth.”

Borland continued, “And I’m sorry to everyone on this podcast right now who doesn’t like this, but that guy — he’s amazingly talented, but he’s f***ed up and he needs to be put in check and he needs to get sober and he needs to come to terms with his demons. He is a bad f***ing guy.”

Borland went a step further, saying he had been in the presence of Manson and Wood, offering his opinion on what he witnessed. “I was there when he was with Evan Rachel Wood. I was at his house. It’s not f***ing cool. And that’s all I’m gonna say about it. So if anyone is coming after these girls and going, like, ‘You blah blah blah, this and that,’ f*** you. That’s all I’m gonna say. Sorry to take this to a dark place, but that guy is canceled. Goodbye. Don’t let the door hit you on the way out.”

Former fiancé, actor Rose McGowan has also come forward with her own testimonial, offering support for Wood and others who have suffered abuse, though has never publicly accused Manson of mistreating her.

"I stand with Evan Rachel Wood and all of those who have or will come forward," she said in an Instagram post. "And please don’t pull out the 'why did they take so much time to come forward?' question that shames victims/survivors, it’s what stops others from coming forward."

Conversely, Manson's former wife, burlesque dancer, and lingerie designer Dita Von Teese posted a statement to her social channels addressing her own relationship experience, while admitting she was "processing the news."

"To those who have expressed your concerns of my well-being, I appreciate your kindness," Dita said adding, "please know that the details made public do not match my personal experience during our 7 years together as a couple. Had they, I would have not married him in December 2005. I left 12 months later due to infidelity and drug abuse."

Von Teese ended her post saying, "abuse of any kind has no place in any relationship. I urge those of you that have incurred abuse to take steps to heal and the strength to fully realize yourself."

It's sure will be a long, hard road out of this hell for Mr. Warner. Since Woods' allegations, Manson has been dropped from his record label Loma Vista effective immediately. "Due to these concerning developments, we have also decided not to work with Marilyn Manson on any future projects," a statement from the label reads. 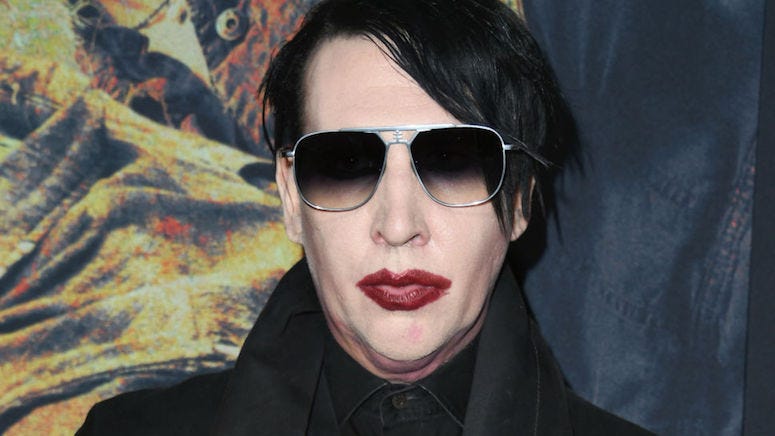 WATCH MORE: When -Safe At Home- Doesn't Apply to Those Facing Domestic Violence