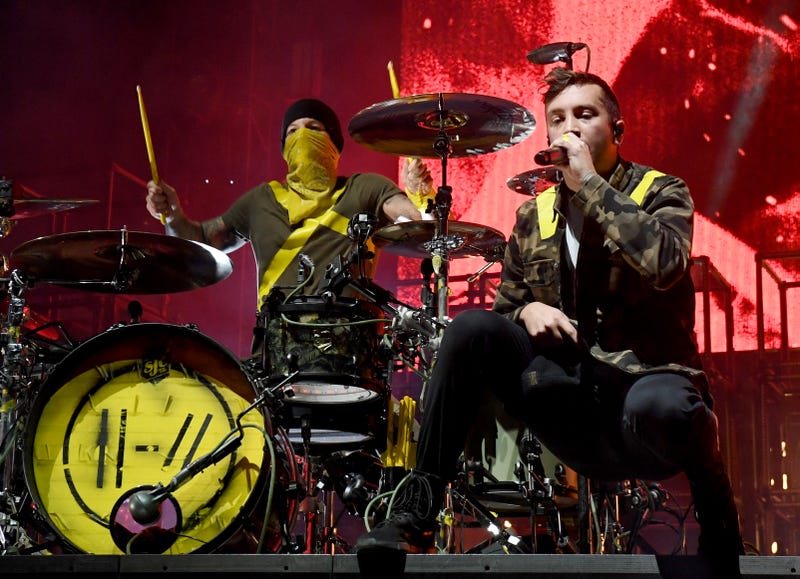 Twenty One Pilots are bringing a cinematic experience to the big screen on May 19! The Twenty One Pilots Cinema Experience will feature an extended cut of the duo’s 2021 livestream performance celebrating the release of their latest album Scaled And Icy.

The epic cinema event starring Twenty One Pilots’ singer/guitarist Tyler Joseph and drummer Josh Dun, will be in movie theaters worldwide via Trafalgar Releasing. According to a press release, the experience “delivers a psychedelic reimagined take on live theater and performance on a massive scale.” Moreover, Scaled And Icy is the duo’s first new album in three years. The project debuted at No. 1 on Billboard's Top Rock Albums and Alternative Albums charts, while charting at No. 3 on the Billboard 200.

it is finally here. relive the 2021 livestream in a way we have never presented anything before. remixed in 5.1 surround sound and remastered for the big screen, one night only in theaters may 19th. go to https://t.co/TfCVueB2OB for info and sign up for early access to tickets pic.twitter.com/BdFiVvSANJ

“Over the past ten years, Twenty One Pilots has developed into one of the most popular alternative music forces in the world,” said Kymberli Frueh, SVP of Programming and Content Acquisitions for Trafalgar Releasing. "We are delighted to share this incredibly creative performance on the big screen in cinemas worldwide for a collective fan experience.”

Encore screenings for Twenty One Pilots Cinema Experience will be at select locations on May 22. Tickets go on sale April 15 and pre-sale tickets for fans will be available the day prior. For more information visit www.TwentyOnePilots.Film