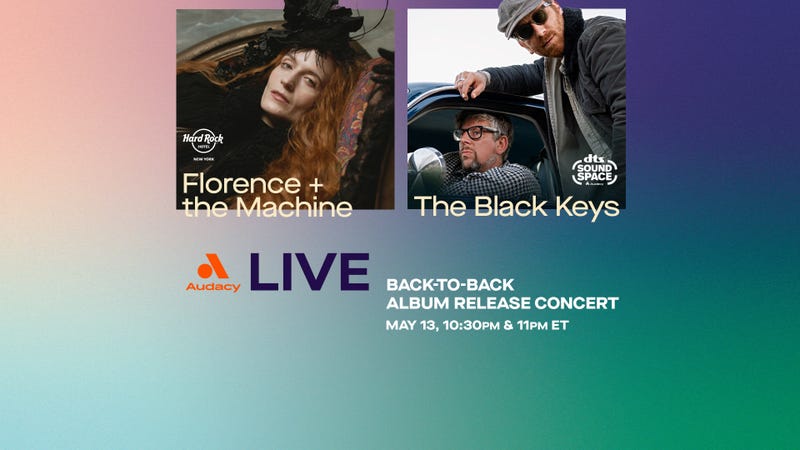 Listen to your favorite music now -- curated for fans, by fans -- on Audacy’s Alt Now, Drivin' Alt, and more!

Back in 2020, when Dance Fever was just a dream, singer Florence Welch decided to spend a few months in New York City to record the new Florence + the Machine album – but that was before her mother, Evelyn, called and told her it was time to head home to the U.K. This, of course, was at the very beginning of the COVID pandemic and all of the closures and cancelations to follow.

Two years on, Dance Fever is finally upon us --- and the band graced fans at the Hard Rock Hotel in New York City with a performance of some of the album tracks, plus a few fan favorites, in celebration of its release. Watch our chat with Florence Welch above.

Immediately, after Florence, Audacy presented another Album Release Concert with The Black Keys, performing songs from the band's eleventh studio album Dropout Boogie, featuring their latest single "Wild Child" and more from the DTS Sound Space in Los Angeles. Unfortunately this performance is no longer available to view.

Both Florence + The Machine and The Black Keys are out on the road this year in support of their new offerings, so this is a perfect taste of what fans can expect when they come to your town with their full productions.

Watch our AUDACY LIVE Album Release Concerts with Florence + The Machine and The Black Keys above -- and stay tuned for even more exclusive performances and conversations with your favorite artists at Audacy.com/Live.