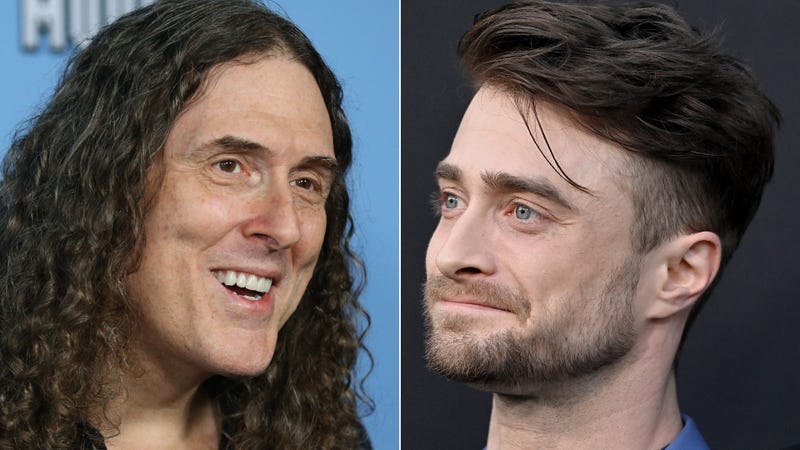 In the new clip, fans get to see Radcliffe as a budding 'Weird Al' set forth on a path of rebellion soundtracked by his beloved polka music and Pop-parodies that would eventually cement him as a household name around the globe, despite his parent's disapproval. One amazing point in the clip shows Al coming up with his sandwich meat-themed version of The Knack’s "My Sharona," which we can only assume is exactly the way it happened historically. Honestly, it's like watching the Mona Lisa being created.

We also get to see glimpses of The Office's Rainn Wilson as Al's mentor, Dr. Demento, Evan Rachel Wood as Madonna, and more. Check out the full trailer above.

Radcliffe first gave fans a taste of what to expect when he released a dramatic photo of himself as Yankovic -- curls, accordion, and all -- back in February of this year followed by a video tease three months later. Check out the very first video clip right HERE.

Weird - The Al Yankovic Story is scheduled for release on November 4 exclusively via The Roku Channel.

The actual 'Weird Al' is currently on his Unfortunate Return of the Ridiculously Self-Indulgent, Ill-Advised Vanity Tour, running through the end of October. See official dates and grab your tickets HERE.

Listen to more of your favorite music on Audacy's all-new stations like See You At The Movies, Conscious Hip Hop, Let's Get Social, K-Bops, Collabornation, Wake Up and Rock and ALT Roots -- plus follow our talent-hosted Ed Lover's Timeless Throwbacks and Kevan Kenney's Music Discovery!