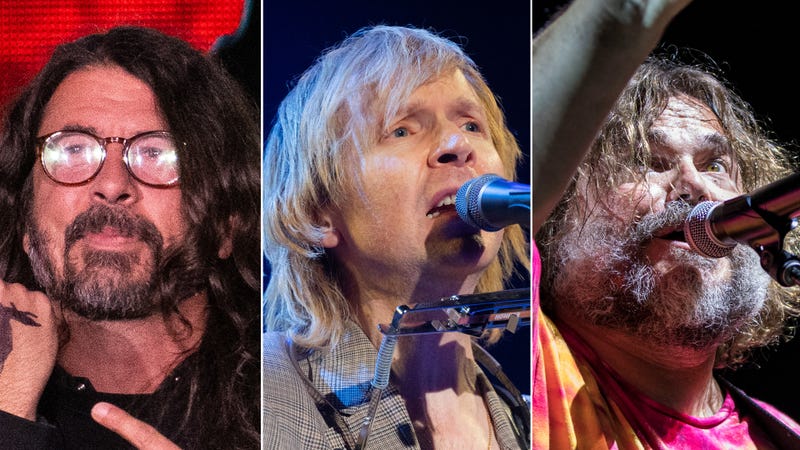 Earlier this week, some famous faces gathered in Los Angeles at a benefit concert arranged by filmmaker Judd Apatow, with proceeds benefiting victims and families of mass casualty crime.

Along with Apatow’s pals, actor John C. Reilly and comedian Sarah Silverman, who donated a performance during the event, a few musical guests were also on hand at the Largo club.

Although Alt-rocker Beck was officially on the bill, his buds Tenacious D (Jack Black and Kyle Gass) dropped in, as well as Foo Fighters frontman Dave Grohl and producer Greg Kurstin, who took the stage to lay down some sweet, sweet love on a cover of Seals & Crofts' yacht rock classic, “Summer Breeze.” Check out the clip below shared by the venue.

The benefit was the first of a number of planned concerts by Apatow at the Largo club, so keep an eye out for scheduling if you're in the Los Angeles area, and follow along on social media for more.

Fans can catch Dave Grohl live once again on the Taylor Hawkins Tribute Concert livestream on September 3, beginning at 11:30AM ET / 4:30PM BST via MTV’s YouTube channel. Additionally, there will be live coverage of the concert on Paramount+ and Pluto TV.

Browse and favorite more of Audacy's all-new stations like Jugger-Yacht, Foo Fighters Radio, Alterna 00s 80s Guitar, Rock N’ Road, Freedom Rock, The Canyon, Arena Rock, Wake Up and Rock, and The Roots of Rock for those who crave the early days.