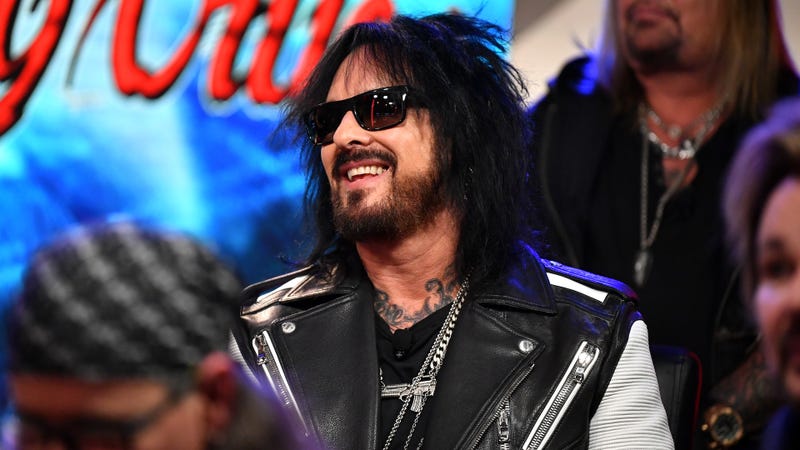 American Idol took to the Sunset Strip for its latest round of auditions and brought aboard a musician who calls the famed LA stretch “home sweet home.”

Mötley Crüe bassist Nikki Sixx was on hand to welcome Lionel Richie, Katy Perry, Luke Bryan, and the rest of American Idol to the Sunset Strip. Of course, the strip is where Mötley Crüe and so many other legendary Rock bands got their start.

During the show’s opening segment, a montage played showcasing the iconic venues of the Sunset Strip alongside a narrated history of artists that honed their musical chops. “Welcome home sweet home,” Sixx told the judges.

The Mötley Crüe bassist recently spoke with Billboard about his excitement over appearing on American Idol. “Because of American Idol a lot of great, timeless, classic songs have not only been re-interpreted by the next generation of talented singers but have also been re-introduced to mainstream audiences and younger generations of music fans for the last two decades,” he said.

“As a songwriter myself, that’s something I really appreciate so when I was invited to appear on this Sunday’s episode I did not hesitate.”

Sixx and the rest of Mötley Crüe are gearing up for their long-awaited Stadium Tour alongside Def Leppard, Joan Jett & The Blackhearts, and Poison.

The tour recently announced rescheduled dates along with five new shows as it’ll kick off in Atlanta this June. The legendary rockers will perform all across North America before wrapping things up on September 9th in Las Vegas.

Check out a full list of tour dates and grab tickets here.