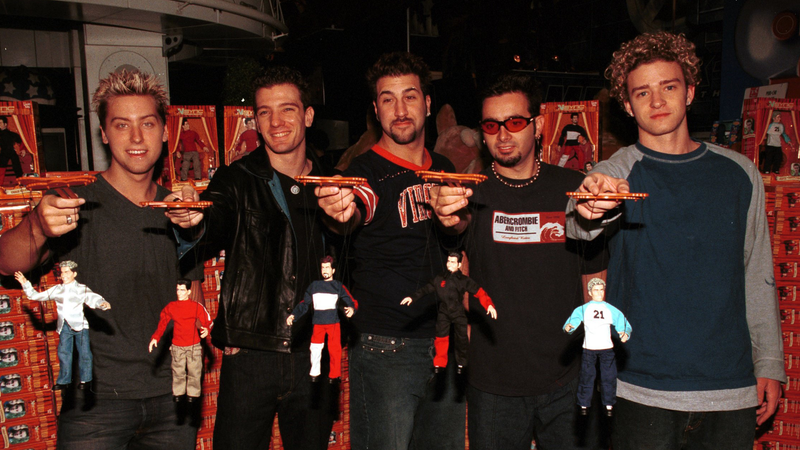 It’s officially been 10 years since the creation of the iconic Justin Timberlake "It's gonna be May" meme, courtesy of Kianna Davis. So stop what you’re doing and let’s give it, and her, the proper attention they deserve.

Every year as April fades away, the springtime meme pops up to remind us that "It's gonna be May.” A play on the singer's pronunciation of "It's Gonna Be Me,” in the *NSYNC track of the same name. So how did Davis come up with the genius meme? Well for starters Kianna, who now works for an education software company, was a student at the University of Mary Washington in Virginia at the time — so smart. And then of course, she was also a ride or die *NSYNC fan — so again smart.

Though she was an *NSYNC stan since the start, Davis admitted “I never got to see them in concert, but I begged my mother for any memorabilia she saw in stores," she told the university. "I still have an *NSYNC blanket she gave me for Christmas 20 years ago.” We feel you Kianna… we still have the collectable bobble heads (still in the boxes).

Talking with her alma mater, the series of events that led to thinking up the meme, Kianna shared, "I had been planning my busy April calendar and posted it as a joke to my friends.” Confessing, she "had no idea what the meme would become.” Also, were memes even a thing back then…?

Now, a decade later, the original image still makes the rounds on social media, and has even been adapted using other photos and even turned into a GIF. Justin himself took a step further in by posting a clip from the songs music video, with the caption “ YOU ALREADY KNOW,” on April 30, 2019.

Then last year, Davis got the ultimate gift an *NSYNC fan could, when Timberlake shared the original meme and tagged her saying, "I have to give props where they are due.”

"I was in shock," she said of shout out from JT. "I got so many calls and texts, I had to keep my phone on the charger all day.”

Ummm, for real though props for holding it together Kianna, we would have straight up lost it. Happy May.