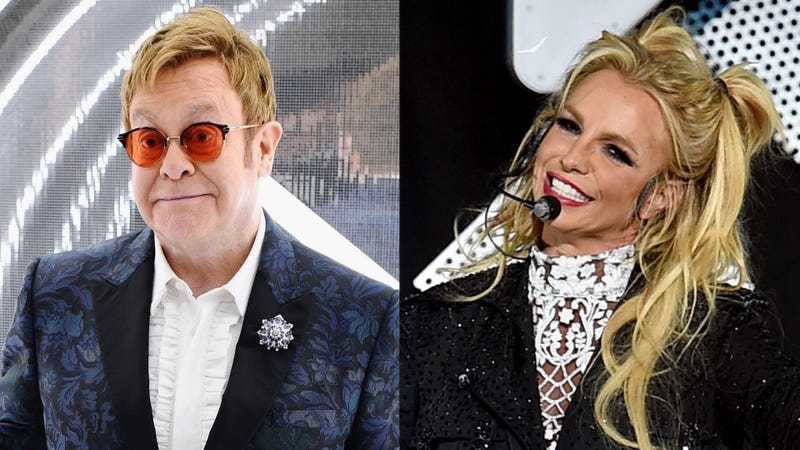 Pop fans have long been awaiting Elton John and Britney Spears’ forthcoming collaboration, “Hold Me Closer,” a new take on Elton’s 1971 hit, “Tiny Dancer.” With only a couple days left before its release, Sir Elton John is giving fans a little taste of what’s to come.

Elton shared a snippet of the song, which releases August 26, on social media.

While the collab doesn’t mark Elton’s first time modernizing one of his hits — he worked with Dua Lipa and PNAU to re-launch a remix of “Cold Heart” with hints of “Rocketman” — it does mark Spears’ first release since the conclusion of her conservatorship.

“They are saying this is going to be the song of the summer,” a source told Page Six when news of the single first started to circulate. “Britney is officially back. She's back to work, and she's super excited."

From the small clip on social media, fans seem to agree as they filled the comments with love and fire emojis.

“Welcome back legendary Miss Britney Spears,” wrote one fan. “Song of the year is coming,” expressed another.

“Hold Me Closer” will release August 26.