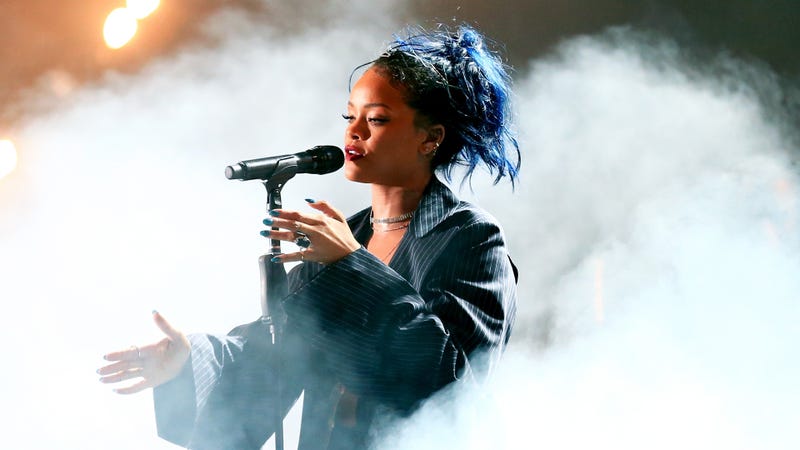 Rihanna has been drafted to headline the Super Bowl LVII halftime show. Making her return to IG since her baby arrived back in May, Rihanna shared the exciting news in the most RiRi way possible, by posting an image of her tatted up hand holding up an NFL football (no caption needed).

And now that we’ve all had a sufficient amount of time to freak out about it, let’s get into guessing which songs we think she’ll perform, keeping in mind it’s a family friendly show.

Based on her tour statistics, RiRi’s Top 5 most played songs include; “Umbrella” with a play count of 508, “Hate That I Love You” with 393, “Unfaithful” with 356, “Rude Boy” with 351, and “Don’t Stop the Music” with 340. And while all of those are epic tracks, a couple of them aren’t the best Halftime show material, y’know tempo wise, so let’s just keep speculating.

Despite “Pon de Replay” only having a play count of 182, we have a hard time believing Rihanna’s breakout single won’t make the setlist. Along with “All of the Lights” (186) which also means a possible Kanye West appearance, and perhaps even one from JAY-Z for a performance of “Run This Town,” which btw has a play count of 260.

Though providing us with make-up and lingerie, Rihanna has been keeping us guessing for years in anticipation of some new music. Maybe February’s performance will even bless us with some of that — one can only hope.