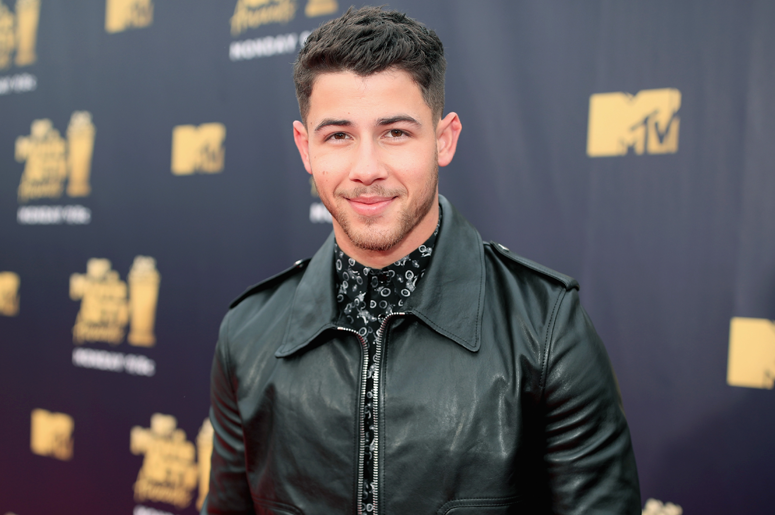 Staying true to the trend of revolving judges on The Voice, Gwen Stefani will keep with her pattern of only coaching during odd-number seasons (Season 17, Season 19), and let a familiar face take her place for the show's 20th season.

In Gwen's absence Nick Jonas will be joining her fiancé Blake Shelton, John Legend and Kelly Clarkson. Jonas is no stranger to The Voice, as he competed as first-time coach for even-numbered Season 18, where he took Thunderstorm Artis to the finals.

Host Carson Daly made the official announcement of Nick’s return on Today, Tuesday morning (Nov. 17), followed by a video of the three other judges finding out who they'll face off against, together.

After watching the comical clip, it’s clear Nick is revitalized and ready to take on his opposing judges. Contemplating who who will join them, Legend, Clarkson and Shelton find out the answer when the are met with a meditating Jonas. As Nick remains silent his inner monologue says it all.

"I've been living and breathing The Voice since season 18. I've honed in my skills. Channel your inner champion. Make Blake cry," he says in the voice-over accompanied by an evil chuckle. "Little do these coaches know I've grown stronger by the day. The newbie has now become the master.”

Nick and the gang also made their own announcements on social, keeping up with his warrior persona, Nick tweeted, "Warriors never sleep. I’m back and ready to win this thing. See you next season on @nbcthevoice!!”

Warriors never sleep. I’m back and ready to win this thing 🏆 See you next season on @nbcthevoice!!

While Clarkson and Legend kept things simple and sweet, troublemaker and proven champion Blake couldn’t help himself from sliding in a snide remark. Check out the tweets out below.

Welcome back to The Voice @NickJonas! #TheVoice pic.twitter.com/WmaT5BaQvh

Well look who's back 👀 @NickJonas! Are you sure you want me to beat you for a second time?? @NBCTheVoice #TheVoice pic.twitter.com/HB7ip9PjE5

Season 20 of The Voice is set to begin in early 2021. For now watch Jonas' warrior-like return above.

WATCH MORE: What to watch this weekend: 'The Crown', 'Run'