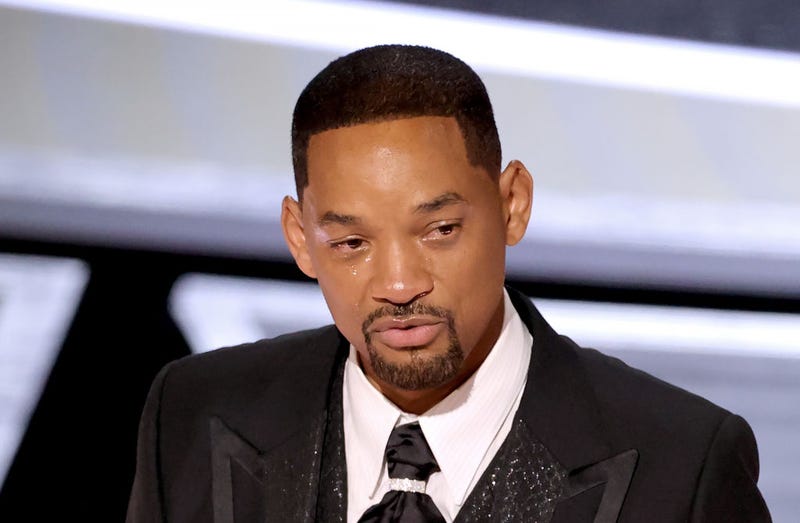 LOS ANGELES (KNX) — Facing consequences for his slapping of Chris Rock at the 94th annual Academy Awards, Best Actor winner Will Smith said in a statement Friday that he would resign from the Academy of Motion Picture Arts & Sciences.

"The list of those I have hurt is long and includes Chris, his family, many of my dear friends and loved ones, all those in attendance, and global audiences at home," Smith said in a statement shared by Variety.

"I betrayed the trust of the Academy. I deprived other nominees and winners of their opportunity to celebrate and be celebrated for their extraordinary work. I am heartbroken."

Rubin added that the Board will continue to move forward with its disciplinary proceedings ahead of its next scheduled board meetin on April 18.

In his full statement Smith said he wanted to shift focus back to where it should have been after Sunday night — to the Oscar winners who he said "deserve attention" for their achievements.

Variety did not share where Smith's statement was shared, but explained that the actor went on to apologize for resorting to violence and promised that he is committed to putting work into himself to ensure that he never again allows, "violence to overtake reason."

"So," Smith wrote. "I am resigning from membership in the Academy of Motion Picture Arts and Sciences, and will accept any further consequences the Board deems appropriate."

Sunday night, in his Best Actor acceptance speech, Smith apologized to the Academy for his violent behavior but did not say he was sorry to Rock.

Then, Smith shared a statement addressing Rock personally on both Facebook and Instagram Monday, saying "violence in all of its forms is poisonous and destructive" and "I would like to publicly apologize to you, Chris. I was out of line and I was wrong. I am embarrassed and my actions were not indicative of the man I want to be."

Violence in all of its forms is poisonous and destructive. My behavior at last night’s Academy Awards was unacceptable...

As of Thursday, Rock, who's first show since the Oscars fiasco was on Thursday, has not commented on the situation. Earlier in the week he declined to press charges against Smith for the slap.