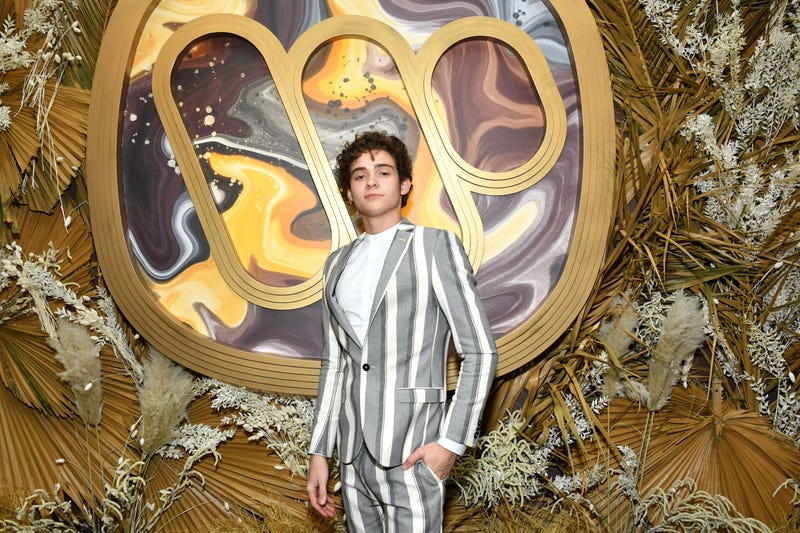 Joshua Bassett has just announced that he will be debuting his next single, “Only a Matter of Time."

The High School Musical: The Musical The Series star took to Instagram on Wednesday to tease the new track with a clip where he is depicted looking out over train tracks as a melancholic melody bellows through the video.

Okay, so pretty dramatic right? Fans are already speculating that this track could be a follow-up to both Oliva Rodrigo’s “drivers license,” and Sabrina Carpenter’s “Skin.” Bassett’s “Only a Matter of Time” arrives after the release of his earlier single “Lie Lie Lie’” which fans also thought could be part of the whole Rodrigo-Carpenter “entanglement.”

Joshua’s HSMTMTS co-stars Mark St. Cyr and Matt Cornett hopped in the comments section of Bassett’s most recent teaser clip to express how excited they are for the arrival of the new song. St. Cyr writes, “digging the vibe for this one man. Visuals + Music are meshing really well." And Cornett adds, “one of my favorites.”

We are just excited as you are for the new song to drop and hopefully get an explanation of what it all means. And don’t you worry, we’ll keep you up to date on all the “drivers license” tea. “Only a Matter of Time” arrives Thursday January 28 at 6PM ET/ 3PM PT.