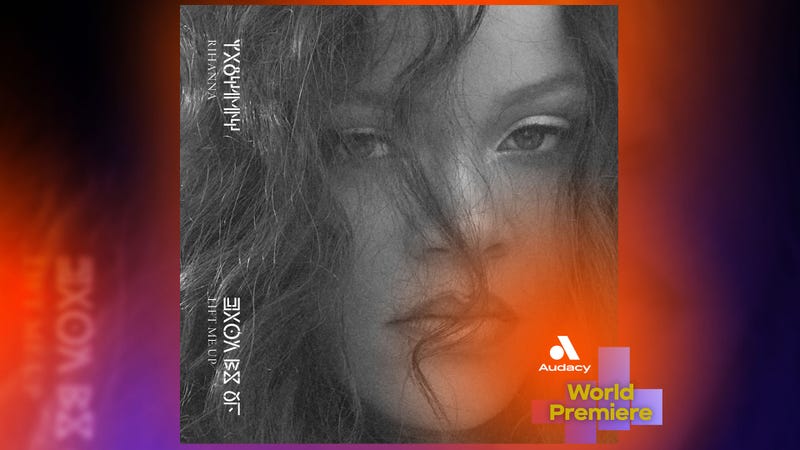 Audacy is bringing you the world premiere of Rihanna’s “Lift Me Up,” all day on October 28, beginning at 12AM ET on your favorite Audacy Pop, Hip Hop, and R&B stations.

The day has finally arrived! After more than six years of us impatiently waiting for Rihanna to drop new music, her brand new song “Lift Me Up,” has officially dropped.

As revealed in the song’s official press statement, the lead single of the upcoming Black Panther: Wakanda Forever original soundtrack was written as a tribute to the extraordinary life and legacy of Chadwick Boseman by Tems, Oscar winner Ludwig Göransson, Rihanna and the film’s writer and director Ryan Coogler.

Boseman, who played King T’Challa in the original Black Panther film and various other Marvel projects, died of colon cancer in 2020 at the age of 43. Wakanda Forever centers on Wakanda’s leaders, played by Angela Bassett, Letitia Wright, Lupita Nyong’o and Winston Duke as they grapple with the death of their ruler and fight to protect their nation from intervening world powers.

Following the major success of the first film's soundtrack, which was curated by and featured original songs from Kendrick Lamar, Coogler said for this film they were “looking for artists who would embody it thematically,” and Rihanna was at the top of the list.

“Rihanna, man, we knew she was at a point in her life, as well where she was focusing on different things — focused on business, motherhood, which is a big theme in our film. We were holding out hope that maybe it could work out and boy did it for this song,” Coogler expressed. “I can’t wait for people to hear it.”

The last time Rihanna released music was in 2016, with her eighth studio album, ANTI. Since then, The Navy (aka her loyal fanbase) have been impatiently waiting for her this day to arrive. And as members of said fanbase, we’re hype that’s its finally here.

Okay, enough chit-chat, and finally listen to “Lift Me Up."