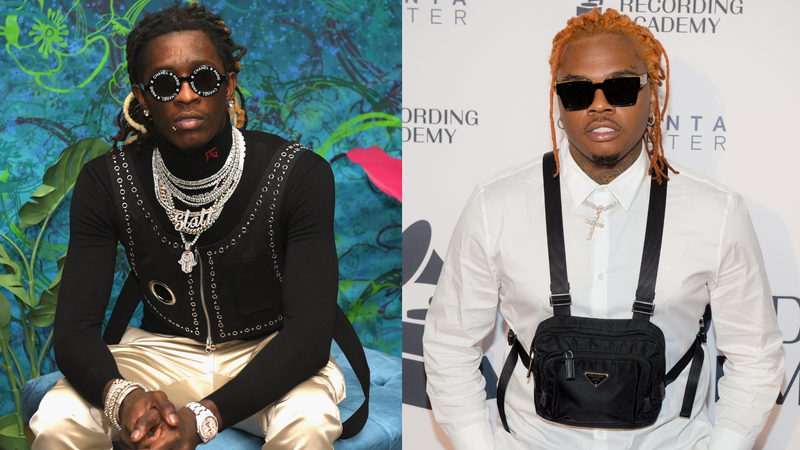 Rappers Young Thug and Gunna are using their fame and fortune for good by posting bond for 30 inmates in the Fulton County Jail.

The two documented their good deed for the visual of their newest single featuring Lil Baby and YTB Trench, "Paid The Fine" from Slime Language 2. It's being reported that Thugger and Gunna visited Fulton County Jail this past Sunday (Apr. 25) and with the help of the district attorney's office, lawyers, bail bondsmen, and prosecutors, they paid the bond for those serving time for low-level offenses who couldn't afford.

Being unable to afford bail is a large reason why several minor offenders often remain in prison. According to a press release, Thugger expressed, "this is where we are from. We just woke up and went to the jail with the lawyer and you know DA’s and the prosecutors, you know, the bonding companies and just got as many people as we can out…. It feels so good to the point where you start feeling that’s why God put me here. He put me here to do this."

Recently, Fulton County Jail dealt with a massive overcrowding issue. Reports state "there were up to 2,900 inmates inside, bringing the correctional facilities to an overcrowded capacity of 400 people plus." Councilman Michael Bond told a local news station in Atlanta that "this is some of the worst conditions I’ve ever seen."

The rappers confirmed that this will not be an isolated good deed, but didn't disclose how much was spent or what steps they will be making to do it again.