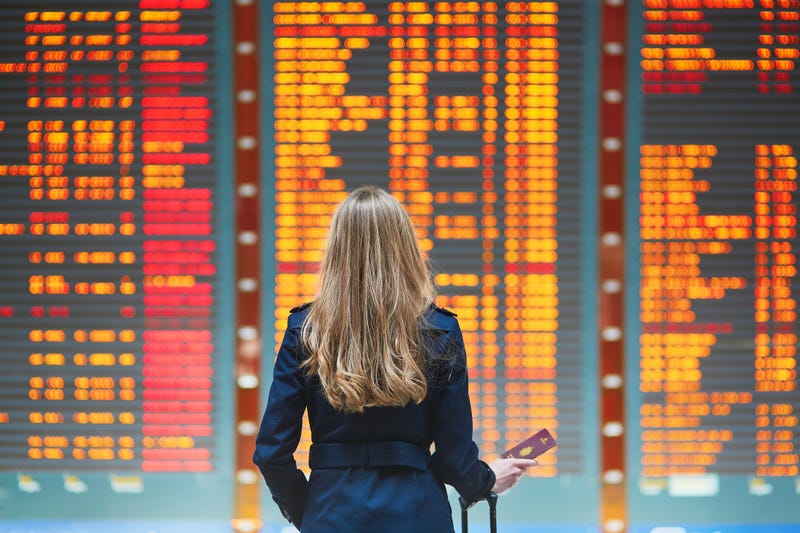 Traveler looking for their flight on a flight board with cancellations. Photo credit Getty Images
By Joe Hiti, Audacy

Just like most weekends this summer, travelers again had a challenging time flying, with airlines canceling more than 1,300 flights on Saturday and Sunday.

The flight-tracking site FlightAware reported the tough weekend for travel and noted that there were thousands of delays during the two-day stretch.

Saturday alone saw nearly 660 cancellations on domestic and international flights coming in or leaving the United States, according to the site. By 4 p.m. on Sunday, there were nearly 800 more canceled.

As for delays, there were over 7,200 domestic and international flights coming in or leaving the United States on Saturday and another 3,000 on Sunday by 4 p.m., FlightAware reported.

The airlines to see the most cancellations were Southwest Airlines and United Airlines, each canceling 3% of their flights. Both were among the top airlines with delays, too, with Southwest delaying 12% of its flights and United delaying 11%.

Due to the recent influx in delays and cancellations in air travel, the U.S. Department of Transportation announced that it would consider extending the circumstances for when a passenger would be entitled to refunds for disrupted travel.

Either way, airlines continue to struggle to staff flights, and travelers have been the victims of the shortages as the trend of cancellations continues.