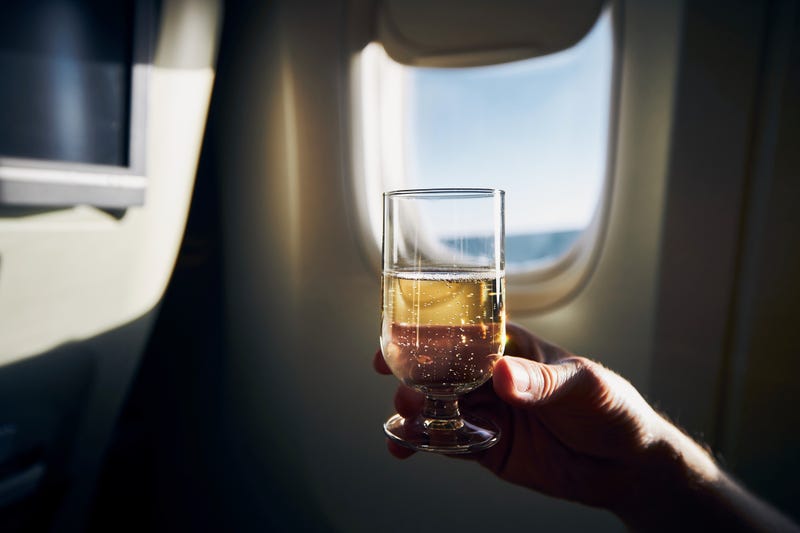 American Airlines is resuming alcohol sales Monday for the first time in more than two years.

American Airlines joined other carriers in suspending alcohol sales in March of 2020 to limit contact between passengers and staff during the pandemic; the suspension of alcohol sales was extended after a spike in unruly passengers.

American, which had already made alcohol available in first class, is now selling alcohol in Coach at the same prices as before the pandemic

"Begining April 18, American will slowly reintroduce its buy-on-board program including alcohol and light snacks to domestic main cabin flights," the airline wrote in a statement.

American is also resuming buy-on-board food on flights longer than 1,500 miles and plans to introduce touchless ordering later this year.

April 18 was also the day the federal mask requirement was scheduled to end for public transportation and air travel. Last week, the requirement was extended through May 3.