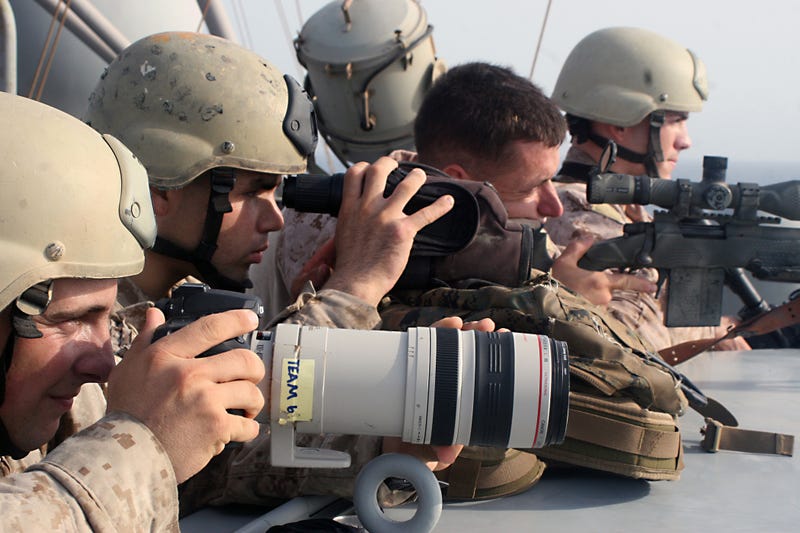 In this handout from the U.S. Navy, U.S. Marine Corps snipers provide cover and observation during a boarding and seizure operation to retake the motor vehicle Magellan Star from suspected pirates on Sept. 9, 2010 in the Gulf of Aden. Photo credit Gregory Tate/U.S. Navy via Getty Images
By Kristin Diaz and David Rancken, NewsRadio 1080 KRLD

President Joe Biden announced Monday the U.S. is sending soldiers back to Somalia. He signed an order to redeploy hundreds of troops to counter the Islamic extremist rebel group, al-Shabab.

On Ask the Expert, CBS News Military Analyst Dr. Jeff McCausland said the overall goal is the nation's security. Al-Shabab is considered the largest and wealthiest affiliate of the al-Qaeda extremist organization.

The announcement is a reminder that the U.S. remains engaged in the long fight against Islamic extremists even if that fight has been eclipsed by the war in Ukraine and other matters.