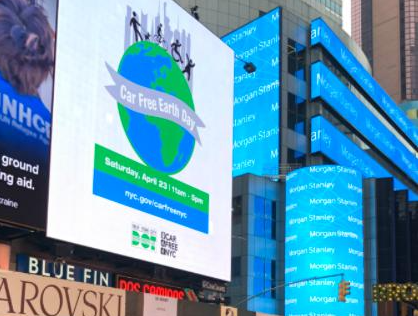 NEW YORK (1010 WINS) -- New York City is restarting its annual Car-Free Earth Day celebration on Saturday, April 23 after two years off due to the pandemic.

In the past, the program only closed streets to cars in Manhattan, but this year the celebration will expand to all five boroughs.

“Earth Day is when we can all commit to protecting our Earth – and one way we can do that is by repurposing our roadways. Car-Free Earth Day is a growing tradition that allows NYC's car-free streets to come alive.” -Cmsr Rodriguez

Though this year’s festivities are technically an expansion, only 3.8 miles of the city’s roughly 8,000 miles of streets are participating, according to Streetsblog NYC.

The streets that are closed to cars will host live music, art, educational programs and other family friendly Earth Day-oriented activities.