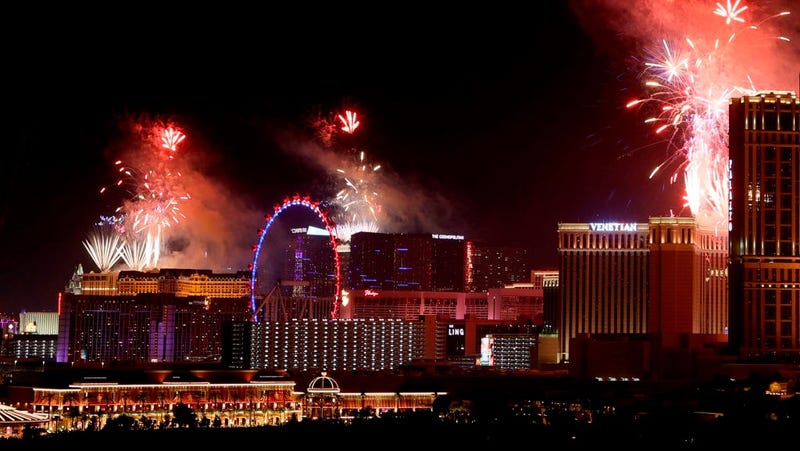 LAS VEGAS, NEVADA - JULY 04: Fireworks by Grucci light up the sky above resorts on the Las Vegas Strip in a Fourth of July celebration on July 4, 2021 in Las Vegas, Nevada. Photo credit Ethan Miller/Getty Images
By Colin Martin, Audacy

Fireworks displays have historically been a staple for July 4th celebrations, although, a number of cities in the western part of the country are cancelling their fireworks this year because of wildfire concerns and ongoing COVID-19 pandemic related issues, according to the Associated Press.

Many places cancelled fireworks displays for the Fourth of July in 2020 and 2021 to avoid having large outdoor gatherings during the pandemic, and now they may without the holiday celebration for a third straight year.

The threat of wildfires starting because of the fireworks displays are a major concern in places like Arizona and California. Flagstaff, Ariz. opted to switch their traditional fireworks display to a laser light show, as the city has dealt with three wildfires already this year that have destroyed homes and shut down highways.

"The decision was made early because we wanted people to be able to make plans with their families," Flagstaff city spokesperson Sarah Langley told AP.

Fireworks have been banned by a handful of towns due to an ongoing drought in the area. Similarly in California, the annual fireworks display at Lake Don Pedro was cancelled on April 25.

"Now in our third year of drought conditions, we have had to make the unfortunate decision to not host the annual fireworks show this year," the Don Pedro Recreation Agency said in a statement.

"The safety of our guests and being good stewards of the land entrusted to us are our highest priorities and we look forward to bringing the show back in future years, when we are confident it is safe to do so."

The fireworks display in Phoenix were also cancelled, but the main reason was not because of wildfires or a drought. Instead, supply chain issues from the pandemic have made it very difficult to obtain the proper professional-grade fireworks.

Julie Heckman, executive director of the American Pyrotechnics Association, told AP that many Western cities have transported their consumer-grade fireworks, which are hazardous, to Alabama and Louisiana to free up space at congested ports. Professional-grade fireworks are often shipped from China, but there wasn't space for more fireworks this year.

Phoenix Fire spokesperson Capt. Evan Gammage added the drought and wildfires would usually be enough cause for concern to cancel the displays.

"We are typically worried about exposure of sparks and fire to homes and dry brush," Gammage said. "We get so many calls around this time of year."

Other fireworks displays in Lompoc, Calif. and Castle Rock, Colo. were cancelled over wildfire concerns, although, the Civic Center Park in Denver is still scheduled to hold its event. Some areas in central Texas, including Bosque and Bell County, are banning the sale or use of fireworks because of the dry conditions.

Fireworks displays in Albuquerque and Santa Fe, New Mexico are still scheduled to take place with supervision from the fire department.

The National Park Service said back in March that they would not permit a July 4th fireworks display at Mount Rushmore for the second straight year because of an increased risk for wildfires due to the drought, and objection from Native American tribes.

"Current drought conditions and the 2022 wildfire outlook indicate that fireworks would cause a high likelihood of fireworks ignition," the NPS said in a letter to the South Dakota Department of Tourism.

Despite many fireworks displays being canceled, Heckman suggested that it shouldn't be much of a challenge to find an area that is still hosting an event for the holiday weekend.

"Unless you’re in a really remote area where that was the only show, most people will be able to find a show nearby," Heckman said. 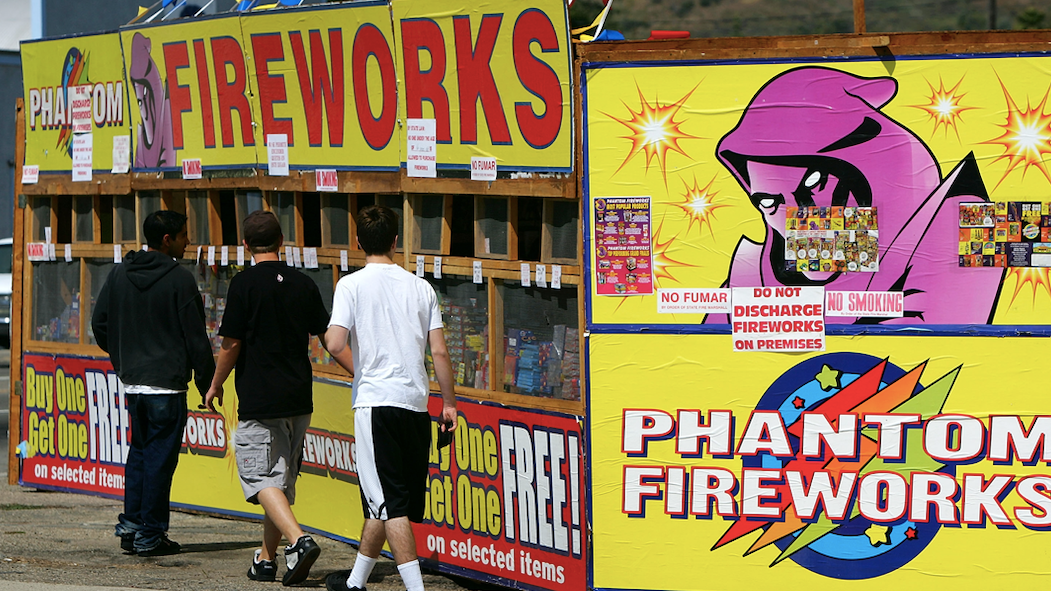 Fireworks supply may be tight this year