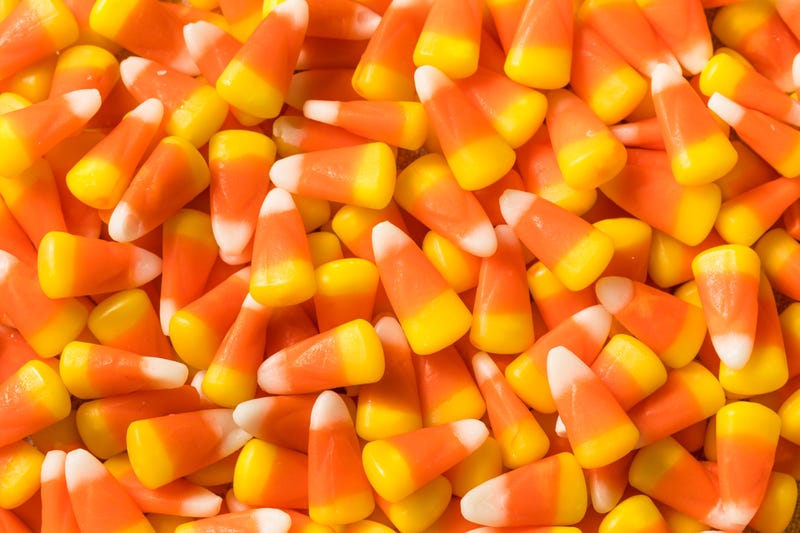 Love it or hate it, candy corn is the most polarizing Halloween treat. While some people can't wait to buy up bags of the sugary goodness once autumn rolls around, others would rather eat soap than dare put a piece in their mouths.

No matter which side of the fence you're on, there's no denying that candy corn is synonymous with Halloween. But why? Where did it come from? Here's a look at the complete history of candy corn.

You might be surprised to find out that the tricolored, triangle-shaped candy goes way, way back -- and originally had nothing to do with spooky season.

As for who invented it, no one really knows for sure, but many recognize George Renninger as its mastermind. He was an employee at Wunderle Candy Company in Philadelphia, which was the first company to sell the treat, according to the National Confectioners Association.

It hit the market sometime in the the 1880s and was called "Chicken Feed" because of its resemblance to, you guessed it, chicken feed. According to History.com, farmers made up about half of the American labor force at the time, and companies marketed agriculture-themed candies to children in farm country all year round.

The candy's popularity took a turn in 1898, when Goelitz Candy Company -- now the Jelly Belly Candy Company -- grabbed up the recipe and started large scale manufacturing, according to National Geographic.

Making the candy was no small feat, either; it took teams of men to laboriously produce the treat by hand.

"Sugar, corn syrup and other ingredients were cooked into a slurry in large kettles. Fondant and marshmallow were added to give a smooth texture and bite, and 45 pounds of warm candy was poured into buckets called runners," according to the National Confectioners Association. "Men called 'stringers' walked backwards, pouring the candy into cornstarch trays imprinted with the kernel shape. It took three passes to make the white, yellow and orange colors."

In the 1920s, Chicken Feed was sold in small boxes emblazoned with a rooster along with the motto "King of the Candy Corn Fields," and was a common "penny candy," which could be purchased in bulk for little money, according to History.com. It's perhaps the first time the treat was associated with the phrase "candy corn." 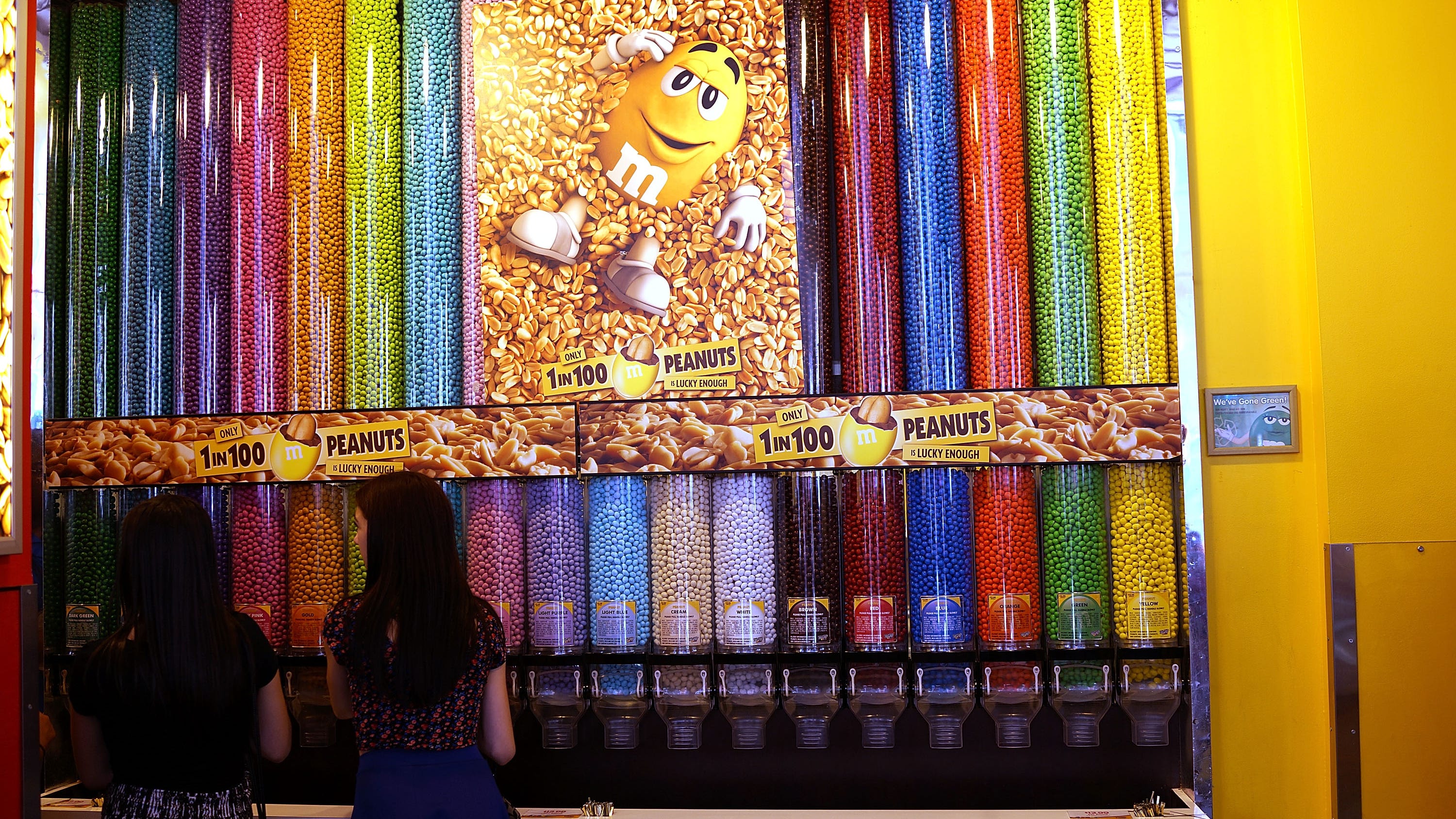 It wasn't until the 1950s that candy corn really became associated with Halloween, thanks to the introduction of trick-or-treating.

"As Halloween became more and more dominated by candy beginning in the 1950s, candy corn increasingly became the candy for Halloween," Samira Kawash wrote in The Atlantic. "There was a dramatic spike in October advertising of candy corn beginning in the 1950s. Other kinds of candy were advertised for Halloween too, but they were advertised just as heavily during the rest of the year."

Since then, its popularity hasn't waned. Today, the National Confectioners Association estimates that more than 35 million pounds of candy corn -- or 9 billion kernels -- are sold every year. Although the manufacturing process is now fully mechanized, the recipe has stayed the same, for the most part.

There's even a National Candy Corn Day, observed the day before Halloween on October 30, that honors its origins and place in American history.

Much like its roots, candy corn isn't just for Halloween anymore. Companies have different colored versions for Christmas, Valentine's Day and Easter -- and the flavors have gotten wild. In recent years, companies have introduced classics like peppermint, pumpkin pie and caramel apple, to off-the-wall and arguably gross varieties like hot dog, hamburger, green beans and roasted turkey.