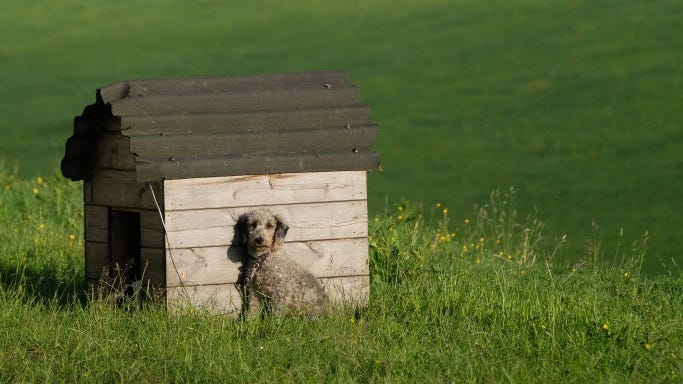 APPLEBY, UNITED KINGDOM - JUNE 07: A dog sits next to its kennel in a traveller campsite on the first day of the Appleby Horse Fair on June 7, 2018 in Appleby, England. Photo credit Ian Forsyth/Getty Images
By Colin Martin, Audacy

The average doghouse costs anywhere between about $50 to as much as $520 if you care to keep your pup in a heated house. But have you ever seen a doghouse that costs just as much as a normal house?

Christie's auction house told Fox News that they have a doghouse from Costa Rica up for auction that was hit by a meteorite on April 23, 2019. It's listed as The Aguas Zarcas Doghouse on their website, and has a current bid of $1,600.

The auction is part of a special online-only series called "Deep Impact: Martian, Lunar and Other Rare Meteorites," and runs until 10 a.m. on Feb. 23.

A German Shepard named Roky was luckily unharmed when the meteorite struck his house.

"On April 23, 2019 at 9:07 p.m., a German Shephard named Roky experienced quite a fright. A meteorite, part of a shower of exotic stone meteorites loaded with organic compounds crashed through his doghouse, barely missing him," the auction listing said.

The listing said that the doghouse is made out of pressed wood with an oxidized tin roof, and of course, a seven-inch hole from the meteorite. 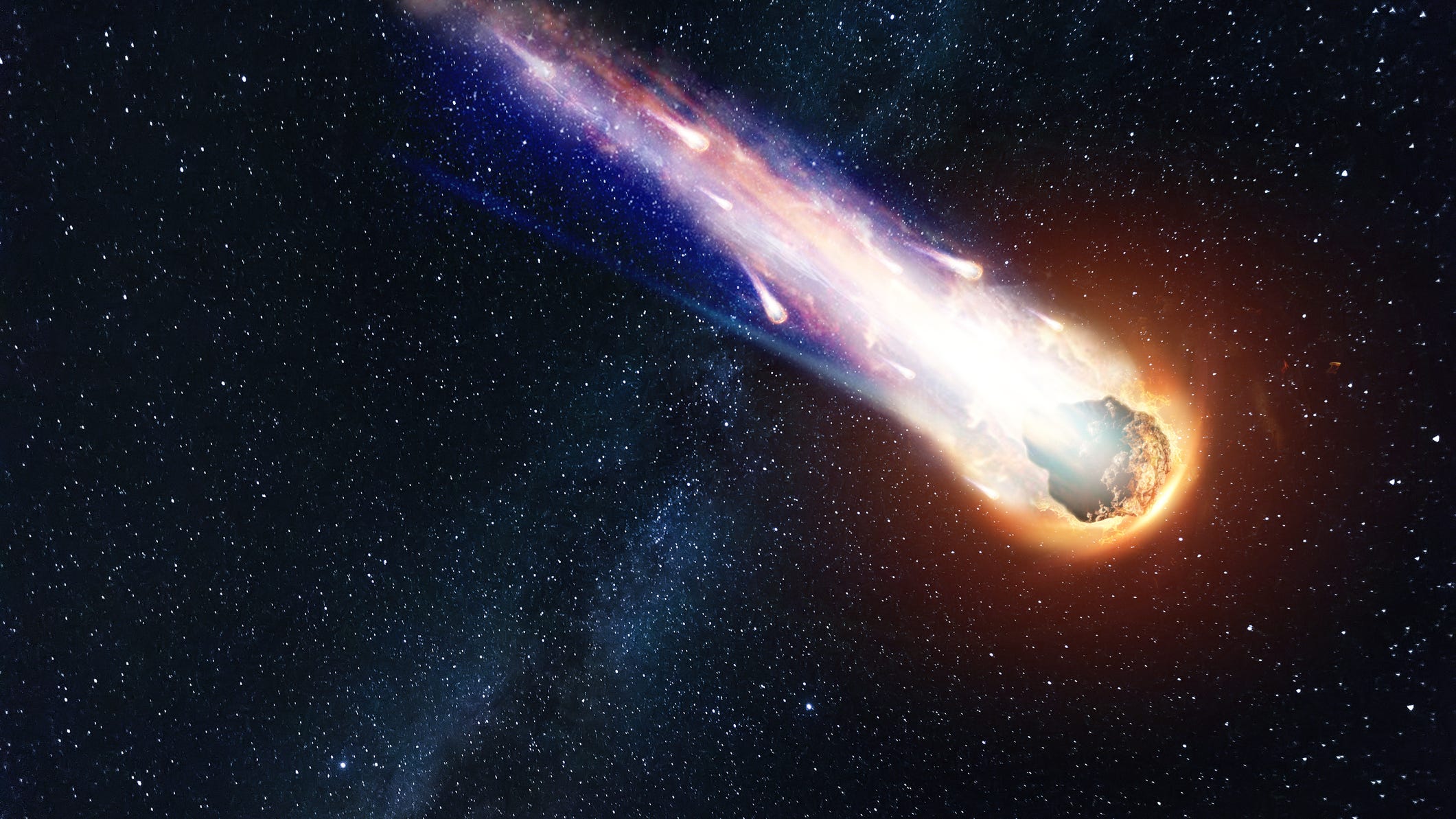 Woman awakened when meteorite crashes through roof, landing on pillow

"The words 'House' and 'Roky' are sketched in pencil on the fascia; the only painted graphic is a large condensed 'R'. A seven-inch hole marks where the meteorite punctured the roof. A badly weathered pressed-wood floor was demolished by the meteorite impact and the rotted wood support columns have been replaced," the auction listing said.

James Hyslop, head of Science and Natural History for Christie’s, spoke about the importance of this rare item involving a meteorite.

"This is a really exciting auction and opportunity for collectors," Hyslop said. "Meteorites are incredibly rare objects; the combined weight of all the known meteorites is less than the annual output of gold. Ever since an exhibition in Paris featured a car famously struck by a meteorite, I’ve wanted to bring an object hit by an extraterrestrial object to auction."

"There are not many, and I’m thrilled to be able to now offer Roky’s celebrated meteorite-impacted doghouse and its accompanying impactor," Hyslop said.