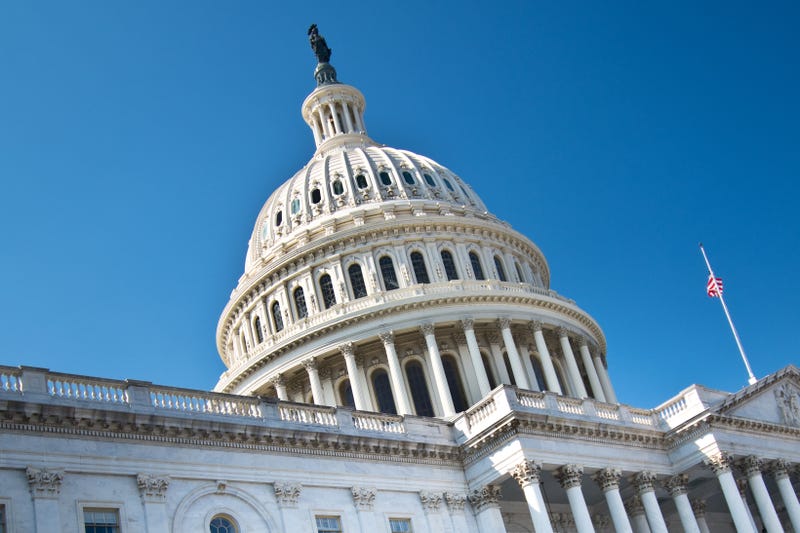 In a 51 to 50 vote, the Senate passed the Inflation Reduction Act on Sunday that looks to address issues around climate, taxes, and health care.

The legislation was passed during a 16-hour "vote-a-rama" and experts say it should have no issue passing through the House with Democrats in control, but a vote on the bill has yet to be scheduled.

As for what's in the bill, supporters have been quick to highlight its measures to foster job creation, allow Medicare to negotiate prices on certain prescription drugs, capt out-of-pocket insulin costs at $35, raise taxes for large corporations and the wealthy, and invest in actions to fight climate change, among other things.

The 51st vote came from Vice President Kamala Harris. She served as the tie-breaker with all Democrats voting yes and all Republicans voting no.

On the revenue side, the bill is expected to raise an estimated $739 billion from measures surrounding tax provisions, reforming prescription drug prices, and boosting IRS tax enforcement measures.

Democrats said that $300 billion of the expected revenue would go straight toward reducing the deficit.

The Congressional Budget Office has shared that the legislation will help reduce federal budget deficits by $102 billion over the next decade, but it will have little to no effect on the high inflation Americans are currently facing.

Still, the legislation is being seen as a significant step toward Biden's campaign promises of reforming drug pricing and taking on climate change. In a statement, the president praised Democrats in the Senate for getting the work done.

"Today, Senate Democrats sided with American families over special interests, voting to lower the cost of prescription drugs, health insurance, and everyday energy costs and reduce the deficit, while making the wealthiest corporations finally pay their fair share. I ran for President promising to make government work for working families again, and that is what this bill does -- period," Biden said in a statement.

"This idea that this massive tax increase will just somehow be absorbed by corporate America when they will pass those costs along to consumers, and it will make inflation worse," Senate Minority Whip Cornyn said last week.

Nonetheless, the House will still see the legislation and vote on it soon, and Rep. Dean Phillips (D-Min.) shared with News Talk 830 WCCO's Vineeta Sawkar that the Senate has gotten its job done, and now it's on the House to do its.

"What makes this measure so extraordinary… is it really is a combination of some basic conservative principles and demands, and progressive ones," Phillips said.

Phillips highlighted the measures within the legislation that will release more land for oil exploration in the future, fight pricey prescription drugs, and look to reduce the budget deficit.

With the number of bipartisan issues in the package, Phillips shared that he couldn't believe it did not receive support from any Republicans. But still, he is excited to vote on it in the House.

"I'm thrilled with this. I find it remarkable that it did not achieve more bipartisan support, at least in the Senate," Phillips said. "But I'm excited to pass it and chalk it up to an extraordinary number of achievements by this administration and this congress."