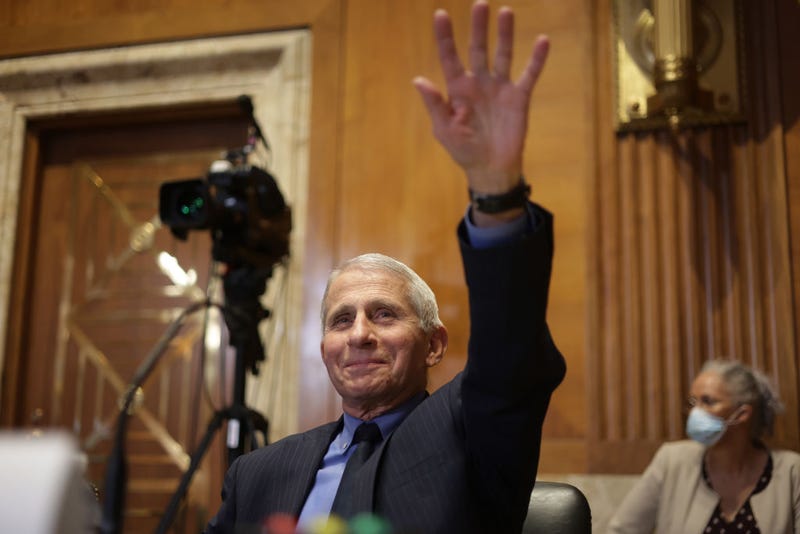 After more than five decades of federal service under seven presidents, Dr. Anthony Fauci is finally ready for retirement.

In a new interview with Politico, Fauci said he plans to leave his position as director of the National Institute of Allergy and Infectious Diseases by the end of President Joe Biden’s term.

Fauci, who has held the job since 1984, talked about Covid’s politicization, saying he's prepared for the onslaught of attacks that could come in a Republican-controlled House or Senate next year.

"They're going to try and come after me, anyway. I mean, probably less so if I'm not in the job," he said, adding, "I don't make that a consideration in my career decision."

The pandemic forced Fauci, who turned 81-years-old on Christmas Eve, into the spotlight as the face of the nation's Covid-19 response. When asked whether he is staying in his role out of a sense of obligation, Fauci explained, "We're in a pattern now. If somebody says, 'You'll leave when we don't have Covid anymore,' then I will be 105. I think we're going to be living with this."

Fauci admitted that it's "becoming more and more difficult to get people to listen" to his advice to mitigate the coronavirus by getting vaccinated and masking up "because even the people who are compliant want this behind them."

The nation's top infectious disease expert previously said he would remain at his post until the coronavirus pandemic is under control.

"What we have right now, I think we're almost at a steady state," Fauci said.

He went on to talk about his retirement saying, "I don't think there is anything else that I, Tony Fauci, can do except leave behind an institution where I have picked the best people in the country, if not the world, who will continue my vision."

The National Institute of Allergy and Infectious Diseases did not comment on Fauci's retirement plans.

When he does decide to retire, Fauci will reportedly be eligible for the largest federal retirement package in American history. The doctor's 50-plus years of service would qualify him for an annual retirement package of more than $350,000 – which would continue to increase with annual cost-of-living adjustments, according to Forbes auditors with OpenTheBook.com.

Fauci is currently the highest-paid federal employee, even out earning the president, according to the report. In 2020 he was paid $434,312.