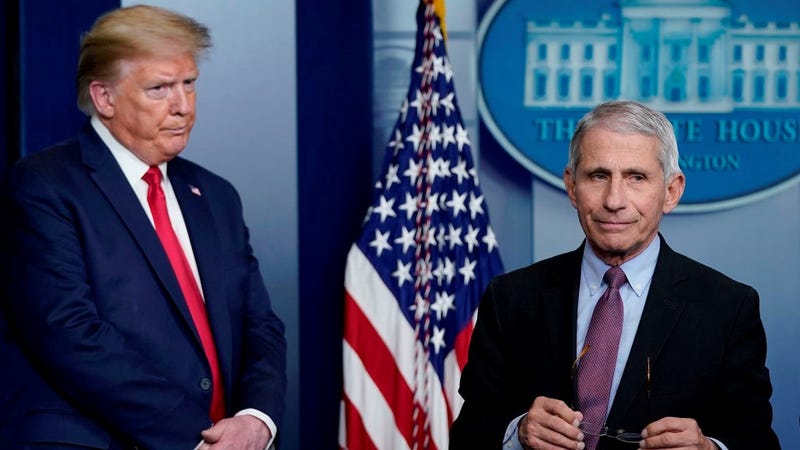 White House chief medical advisor Dr. Anthony Fauci appeared as a guest on CNN on Sunday, and had a simple answer when correspondent Jim Acosta asked him if he would want to keep his position if Former President Donald Trump was re-elected in 2024.

"Well, no to the second question," Fauci said.

Acosta also asked Fauci if he would "have confidence in his [Trump's] ability to deal with a pandemic" if he returned to office.

"If you look at the history of what the response was during the administration, I think, you know, at best, you can say it wasn't optimal," Fauci said. "And I think just, history will speak for itself about that. I don't need to make any further comment on that, Jim, it's not productive."

NEW: Dr. Fauci says if Trump is reelected, he would not continue to serve as White House Chief Medical Advisor pic.twitter.com/0HRu4ivDnV

It's no secret that Fauci and Trump did not see eye to eye on a number of things during the beginning of the COVID-19 pandemic, such as mask mandates, travel rules, and the closing and reopening of businesses and schools.

Fauci has been director of the National Institute of Allergy and Infectious Diseases since 1984 and stepped into his most recent role when the COVID-19 pandemic began.

He continued to serve as the White House chief medical advisor under President Joe Biden following the 2020 election, and said in January 2021 that he was tired of "contradicting the president."

“I can tell you I take no pleasure at all in being in a situation of contradicting the president, so it was really something that you didn’t feel you could actually say something and there wouldn’t be any repercussions about it,” Fauci said, according to The Hill.

"The idea that you can get up here and talk about what you know, what the evidence and science is, and know that’s it — let the science speak — it is somewhat of a liberating feeling," Fauci said.

Trump has not officially announced that he will run again for office in 2024, despite hosting a number of rallies around the country and teasing his potential campaign. He had some harsh words for Fauci back in October of 2020 before the election, saying he was over listening to advice from him.

"People are tired of hearing Fauci and all these idiots, these people," Trump said at the time, according to Fox News. "Every time he goes on TV, there's a bomb, but there's a bigger bomb if you fire him." 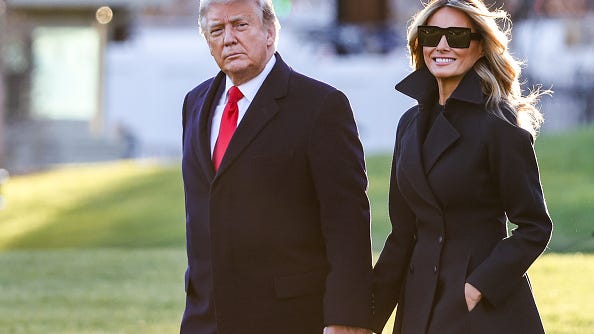 Melania Trump hints at return to the White House