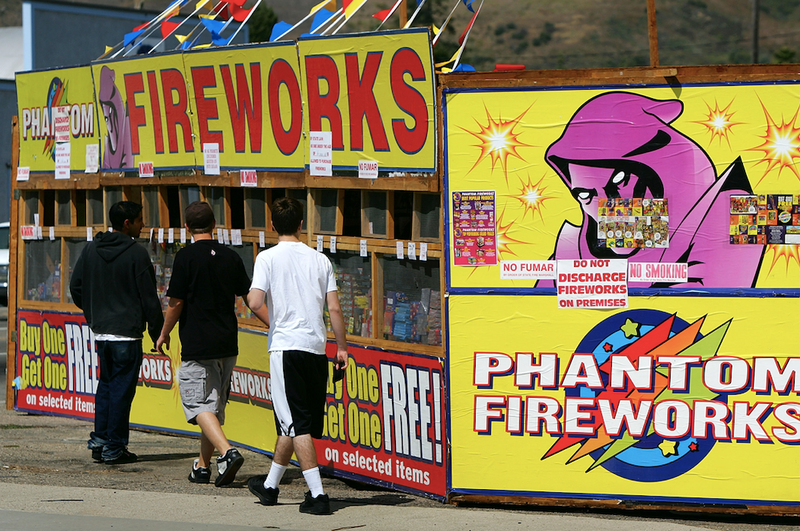 A fireworks stand, one of about 25 booths that are open for business, advertises on the first day of fireworks sales for Fourth of July celebrations June 28, 2005 in Fillmore, California. Photo credit Photo by David McNew/Getty Images
By WBBM Newsradio Staff Report

(WBBM NEWSRADIO) — People who want to have their own fireworks this year might have to shop around to find what they want.

Some fireworks shops in Northwest Indiana have good supplies this summer, while others have limited selection.

The general manager of Johnny Rockets Fireworks in Hammond, who only identified himself as "Merc," says Chinese manufacturers have changed the rules about when stores have to pay for fireworks.

In the past, he said, shops could make a down payment and then pay the rest several days after the Fourth of July. Some shops didn't have the money to pay up front. His did, he said, so he has a good supply.

The Juneteenth holiday has increased demand for fireworks this year, Marc said.

People should shop as early as possible this year to increase the chances of finding the fireworks they want, he advised.

Fireworks are illegal in Illinois.