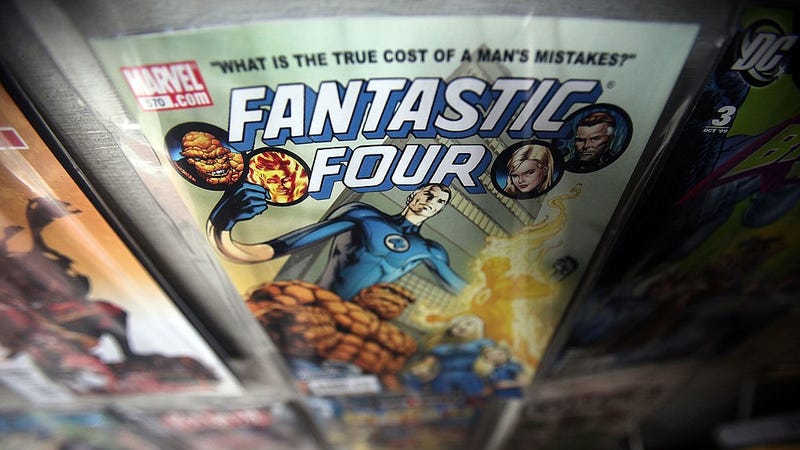 The price someone is willing to pay for a collector's item at an auction can be shocking, as the most expensive baseball card was sold for $6.6 million in August 2021 and a pair of sneakers Michael Jordan wore during his rookie season sold for nearly $1.5 million in October 2021.

So how much money do you think the first-ever Marvel comic book would sell for? If you guessed less than the game-worn sneakers, then you're wrong.

The first-ever Marvel comic book, known as Marvel Comics #1 "pay copy", was published in 1939, and sold for a whopping $2.4 million at an online auction on March 17.

Vincent Zurzolo, a New York-based auctioneer and chief operating officer of ComicConnect, said the comic book sold for about $2,427,800 last week, according to the Associated Press.

Comic cash: A particularly prized copy of the first Marvel comic book has fetched more than $2.4 million in an online auction. It's known as the Marvel Comics #1 “pay copy.” https://t.co/BHelCOOKaI #odd

The lucky buyer's name has not been disclosed.

Marvel Comics #1 is a "pay copy" version, which means that the publishers handwritten notes that detailed how much writers and artists were paid for the work are shown on the comic. Because of this unique detail, the value of the comic has skyrocketted.

Surprisingly, this sale was not the record for the most someone has payed for a comic book. Spider-Man's debut comic from 1962, Amazing Fantasy No. 15, was sold for a record $3.6 million in September 2021, according to The New York Times.

Marvel Comic #1 does not feature as popular characters like Spider-Man or Superman, but does include the original Human Torch -- who a later version of would become a member of the Fantastic Four series.

Zurzolo told AP that Marvel Comics #1 holds an important place in the history of comic books, leading to the development of other extremely popular characters.

"Without this comic book being made, who knows? Maybe none of that happens," Zurzolo said. "Maybe the name 'Marvel Comics' resonated so much with people, in some way, that that's what helped to birth all these other things."