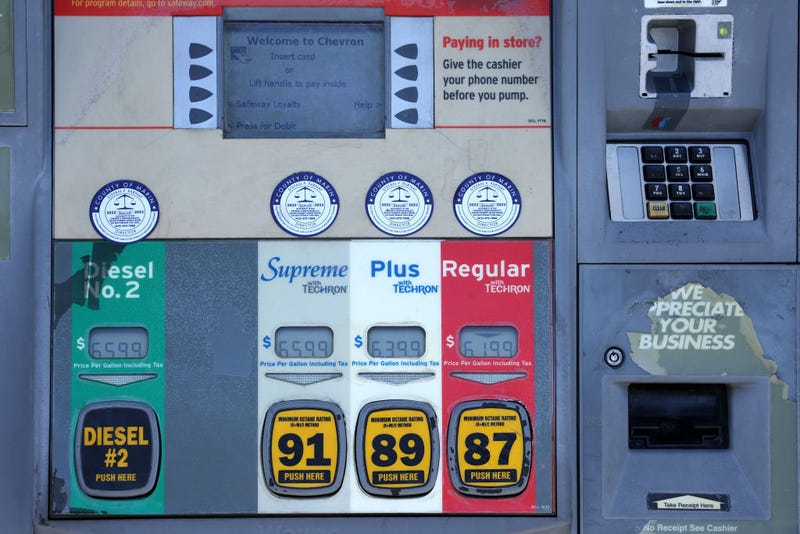 Get ready for a potential holiday miracle – gas prices lower than $3 per gallon by Dec. 25.

While this may be hard to believe, considering a year of ballooning inflation that has made going to the gas pump a cringe-worthy experience for Americans, GasBuddy experts think it is likely.

“All the metrics look very positive for motorists as this week is likely to continue seeing falling gasoline prices, with many areas falling to the lowest level since Russia’s invasion of Ukraine in February,” said Patrick De Haan, GasBuddy’s head of petroleum analysis. “It’s entirely possible the national average price of gasoline could fall under $3 per gallon by Christmas, which would be a huge gift to unwrap for motorists after a dizzying year at the pump.”

In addition to the war in Ukraine and related sanctions putting pressure on global fuel supply, OPEC+ oil consortium decisions and other factors can impact the price of gas at the pump.

A month ago, the average price for a gallon of gas in the U.S. was inching close to $4, according to AAA. As of Thursday, the association’s estimates showed that price had lowered to $3.47, even lower than GasBuddy’s $3.52 estimate published Monday.

“For the third straight week, the nation’s average gas price has declined, falling 12.4 cents from a week ago to $3.52 per gallon today,” GasBuddy said. It gathered data from more than 11 million individual price reports covering over 150,000 gas stations across the country.

Compared to the previous month, GasBuddy showed that gas prices had slipped by 22.7 cents, but they were still up more than 14 cents compared to last year. AAA estimated the average for a gallon this time last year around $3.39.

By that time, gas prices had already started rising. Last October, Audacy reported that gas prices were higher than they had been in seven years at $3.20 per gallon. This holiday season, they seem to be trending down.

“As millions of Americans hit the road for Thanksgiving, we saw gasoline prices continue dropping coast to coast last week, and a new record was set for the largest single day decline in the national average,” said De Haan. “In addition, 47 of the nation’s 50 states have seen diesel prices falling as well, providing well-needed relief ahead of the holidays and helping to stem the rise in inflation.”

However, AAA data showed that motorists are still dealing with high gas prices across the nation. For example, prices in California were still close to $5 per gallon Thursday.

Along with California, Hawaii and Nevada’s gas prices were close to $5 per gallon. Texas, Oklahoma and Arkansas had the lowest average prices, all under $3 per gallon, per GasBuddy estimates.