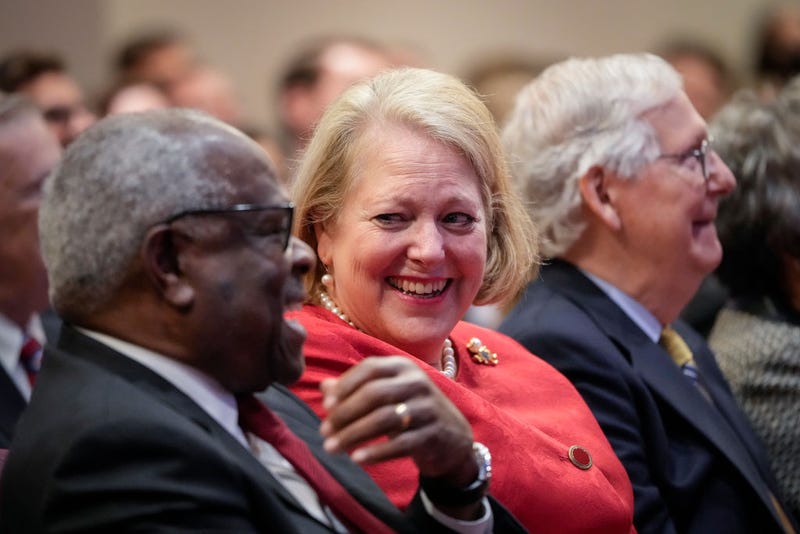 Associate Supreme Court Justice Clarence Thomas sits with his wife and conservative activist Virginia Thomas while he waits to speak at the Heritage Foundation on October 21, 2021 in Washington, DC. Clarence Thomas has now served on the Supreme Court for 30 years. He was nominated by former President George H. W. Bush in 1991 and is the second African-American to serve on the high court, following Justice Thurgood Marshall. Photo credit (Photo by Drew Angerer/Getty Images)
By Lauren Barry, WCCO

In a letter this week, a legal representative for Virginia “Ginni” Thomas – a conservative activist who is also the wife of U.S. Supreme Court Justice Clarence Thomas – refused an interview with the Jan. 6 committee.

Information has rolled in over recent months regarding the lengths Thomas went to in her support of former President Donald Trump’s unfounded election fraud claims. These claims are central to the committee’s investigation of the deadly riot that broke out on Jan. 6, 2021 at the U.S.
Capitol.

Thomas has admitted to attending Trump’s “Stop the Steal” rally in Washington D.C. on Jan. 6, though she said that she left the event before the riot broke out. She also apparently encouraged former White House Chief of Staff Mark Meadows to overturn the 2020 election results and emailed 29 different Arizona Republican lawmakers about overturning current President Joe Biden’s victory in the popular vote.

The House select committee investigating the riot has requested an interview with Thomas, but her attorney Mark Paoletta’s eight-page letter, obtained by NBC News, asks for “a better justification for why Mrs. Thomas’s testimony is relevant.”

“Mrs. Thomas is eager to clear her name and is willing to appear before the Committee to do so,” he said in the Tuesday letter. “However, based on my understanding of the communications that spurred the Committee’s request, I do not understand the need to speak with Mrs. Thomas.”

Apart from Thomas’s communications with Meadows and Arizona lawmakers, Paoletta referenced emails between her and John Eastman, a former Trump lawyer who claimed former Vice President Mike Pence could overturn the election. Paoletta said the emails are “no basis” to interview Thomas. He also defended her messages to Meadows.

Ginni Thomas’ connection to Jan. 6 has made the public question the integrity of her husband, who was also made headlines recently for his comments about Supreme Court cases that protect same-sex marriage and contraception. According to a recent poll, 47% of respondents believe her activities pose an ethical problem for Justice Thomas and 52% believe he should recuse himself for all cases related to the 2020 election. 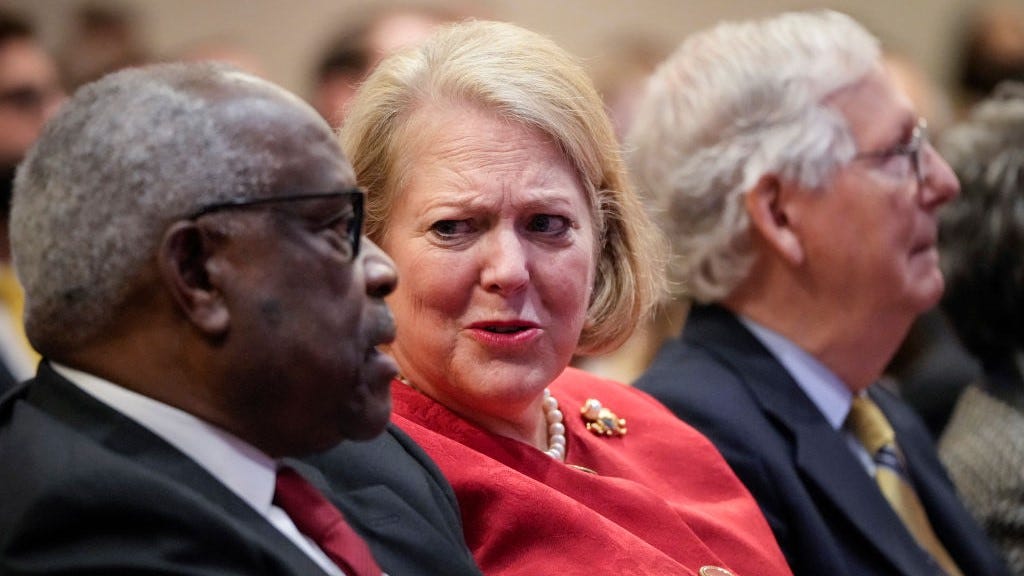