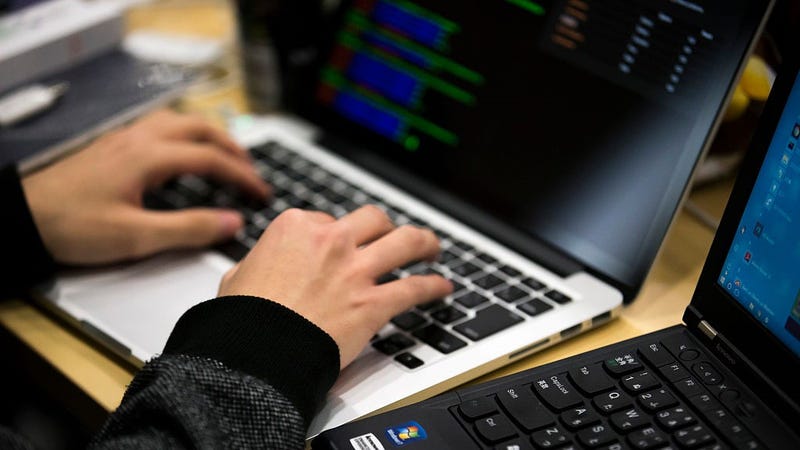 Since the beginning of the Russian invasion of Ukraine, the U.S. government has been warning companies of increased potential cyberattacks, but instead, there have been a number of independent "hacktivists" going after Russia.

A recent survey said that Russia had the most passwords and sensitive data leaked throughout the internet compared to any other country in the world in March, according to The Washington Post.

The small group called Network Battalion 65 formed just prior to the war beginning, and were able to release 20 years of emails from VGTRK, the All-Russia State Television and Radio Broadcasting Co.

Network Battalion spoke to the newspaper in their first interview, and explained that they believe going after Russia is "the right thing to do" and are working on their missions on the side of their real jobs and personal lives.

"We pay for our own infrastructure and dedicate our time outside of jobs and familial obligations to this," an unnamed spokesperson said in English to The Washington Post. "We ask nothing in return. It’s just the right thing to do."

They made it clear they are independent and are not receiving help from the Ukrainian government or anyone else.

Other hacktivist operations have gone after Russian soldiers and Federal Security Service of the Russian Federation (F.S.B.) agents, releasing the names and personal information about those who allegedly were part of the large massacres of civilians in Bucha, Ukraine, according to The New York Times.

The Cybersecurity and Infrastructure Security Agency issued a warning on April 20 to amateur hackers, saying that their cyberattacks against Russia could potentially backfire.

Although, Christopher Painter, former top U.S. diplomat on cyber issues, said that it's interesting how Russia is now on the other side of cyberattacks, acknowledged the power they still have.

"Are the targets worthy? Yes," Painter said. "It’s an interesting trend that they are now being the target of all this."

Emma Best, co-founder of Distributed Denial of Secrets, spoke about the perceived notion that President Vladimir Putin and Russia are invincible to cyberattacks.

"The sense that Russia is off-limits has somewhat expired, and hacktivism is one of the most accessible forms of striking at an unjust regime or its supporting infrastructure," Best said.

"He's cultivated a strongman image for decades, yet not only is he unable to stop the cyberattacks and leaks hitting his government and key industries, he’s the one causing it to happen."

Conti, a ransomware group, said it would protect Russia from cyberattacks following their invasion of Ukraine. But instead, many of the Russian group members were located in Ukraine, and posted 100,000 internal group messages and hacked their code to make it easier for others to attack them.

Network Battalion 65 doubled down against Conti, and used to leaked code to "lock up files inside government-connected Russian companies."

"We decided it would be best to give Russia a taste of its own medicine. Conti caused (and still causes) a lot of heartache and pain for companies all around the world," the group said. "As soon as Russia ends this stupidity in Ukraine, we will stop our attacks completely."