This sequence shows how the nucleus of Comet C/2014 UN271 (Bernardinelli-Bernstein) was isolated from a vast shell of dust and gas surrounding the solid icy nucleus. On the left is a photo of the comet taken by the NASA Hubble Space Telescope's Wide Field Camera 3 on January 8, 2022. Photo credit NASA, ESA, Man-To Hui (Macau University of Science and Technology), David Jewitt (UCLA)
By Joe Hiti, Audacy

A comet larger than the state of Rhode Island, and the biggest ever discovered, has been confirmed by astronomers using the Hubble Space Telescope, according to NASA.

NASA shared the discovery of the comet in a press release on Tuesday and that it is "as big as 85 miles across" with a nucleus that is "50 times larger than found at the heart of most known comets."

The findings of the discovery of the comet were published in The Astrophysical Journal Letters on Tuesday.

Named "C/2014 UN271," the comet was discovered out of the Cerro Tololo Inter-American Observatory in Chile by astronomers Pedro Bernardinelli and Gary Berstein. The study confirmed the size and existence of C/2014 UN271 after it was first seen in 2010, NASA said.

Man-To Hui of Macau University was the lead author of the study, and he shared in NASA's press release that being able to see how the comet moves so far from the sun is incredible.

"This is an amazing object, given how active it is when it's still so far from the Sun," Hui said. "We guessed the comet might be pretty big, but we needed the best data to confirm this." 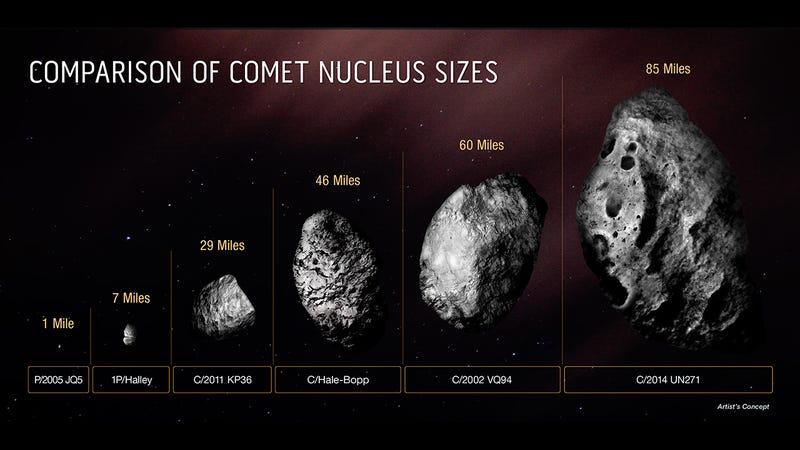 Five photos of the comet were taken using the Hubble telescope on Jan. 8, capturing a "bright spike of light" where the comet's nucleus was located. Hui and his team then used radio telescope data to determine the size of the gigantic comet.

Those worried about space rocks and other things floating in our universe should stop reading now as scientists say this is one of thousands roaming the galaxy.

"This comet is literally the tip of the iceberg for many thousands of comets that are too faint to see in the more distant parts of the solar system," David Jewitt, a planetary science and astronomy professor at UCLA, said in NASA's press release. "We've always suspected this comet had to be big because it is so bright at such a large distance. Now we confirm it is."

As of now, the comet won't ever get closer to the sun than 1 billion miles away, doing so in 2031, NASA said. Right now, it is traveling at 22,000 miles per hour and is less than 2 billion miles from the sun, approximately one billion miles closer than when it was seen in 2010. 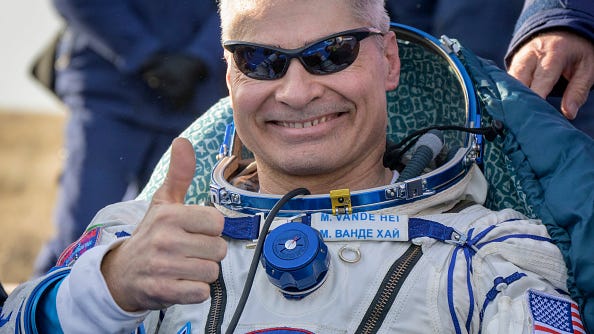