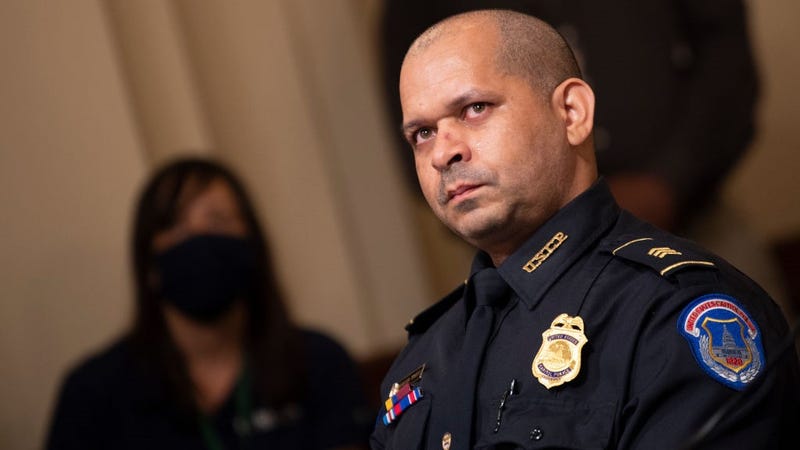 WASHINGTON, DC - JULY 27: Aquilino Gonell, sergeant of the U.S. Capitol Police, watches a video of rioters during a hearing of the House select committee investigating the January 6 attack on the U.S. Capitol on July 27, 2021 at the Cannon House Office Building in Washington, DC. Photo credit Brendan Smialowski-Pool/Getty Images
By Colin Martin, Audacy

Capitol Police Sgt. Aquilino Gonell, who was forced to retire due to injuries he suffered during the Jan. 6, 2021 attack on the U.S. Capitol, said on Thursday that all but two GOP lawmakers pretend not to see him.

Gonell appeared as a guest on MSNBC and said that only Rep. Adam Kinzinger (R-Ill.) and Rep. Liz Cheney (R-Wyo.) acknowledge him. They are the only two Republicans on the House select committee investigating the Jan. 6 attacks.

"In a year and a half since I was injured, and they know my injuries, only Adam Kinzinger and Liz Cheney have approached me from the other side. I don't hold any grudges, I'm still going to be respectful to them, but they don't want to talk to me.

"I'm still going to do my job like I did on January 6. In order for me to do my job, I don't need to express my opinion. If they want any more confirmation, they can take a look at my injuries as proof that I could do my job and protect them without any political opinion expressed from my own."

Gonell said that the other Republican lawmakers "avoid" him when they cross paths in the hallways at the Capitol.

“When you have multiple number of rioters attacking you, taking turns in beating you up. And then you have a lot of the people who we protected on that day downplaying what happened," Gonell said, per the Huff Post.

"You have a lot of the people we protected on the day downplaying what happened. Sometimes I run into them in the hallway, and they pretend not to see me. They avoid me or bolt to the right or the left or pretend to be doing something else."

Gonell went on to say that the lack of support or acknowledgement from Republican lawmakers shows him what they really think about the police in the United States.

"And that's coming from all the people who I protected, whether elected officials or not," Gonell added. "You know, it's disheartening. I'm not saying that I need that from them, but that shows a lot from the people who claim that they support the police, and back the blue, and are pro-law and order."

"Only Adam Kinzinger and Liz Cheney have approached me from the other side... it shows a lot from people who claim they support the police." https://t.co/hWl0dLocQT pic.twitter.com/yiufPKQoJ5

Gonell added that life has been difficult for him following the Capitol attacks on Jan. 6, 2021, and has also attended all seven of the House select committee hearings.

"For some people, that day came and went, and for me, to this day, I’m still dealing with those ramifications," Gonell said on MSNBC. "You know, you try to adapt to your new normal, but it’s hard."

Following the sixth hearing in which former White House aide Cassidy Hutchinson testified, Gonell wrote an op-ed for the New York Times on July 10 that was titled, "I Was Betrayed by President Trump."

"Although I experienced the brutal onslaught of the insurrectionists, I was shocked to hear Ms. Hutchinson explain the extent to which President Donald Trump incited the people who almost killed me," Gonell wrote.

"The enabling of Mr. Trump needs to stop now. He should not only be barred from running for any other government office; he should never be allowed near the White House again," Gonell wrote. "I believe he betrayed his oath to defend the Constitution, and it was to the detriment of me, my colleagues and all Americans, whom he was supposed to protect." 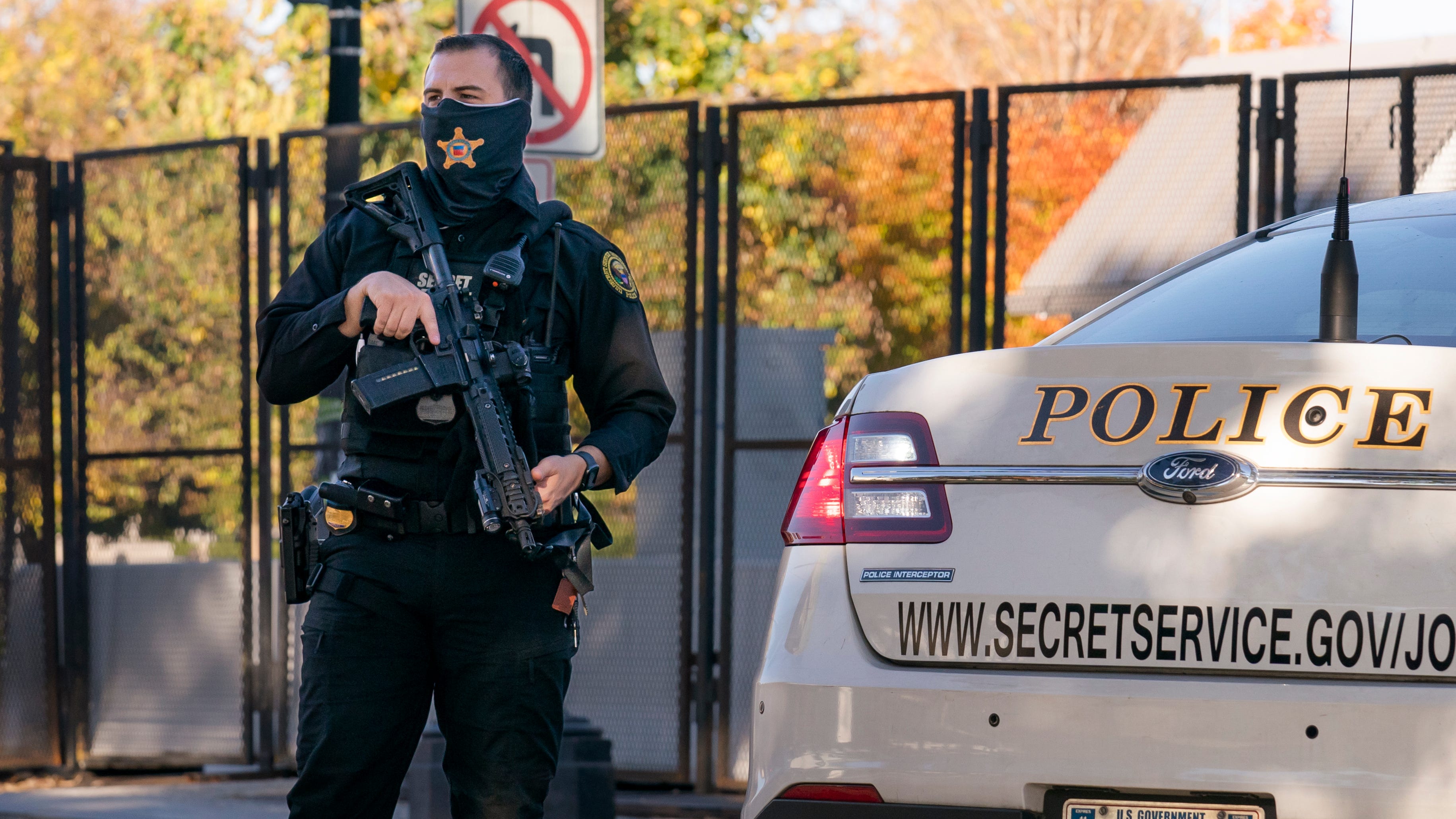