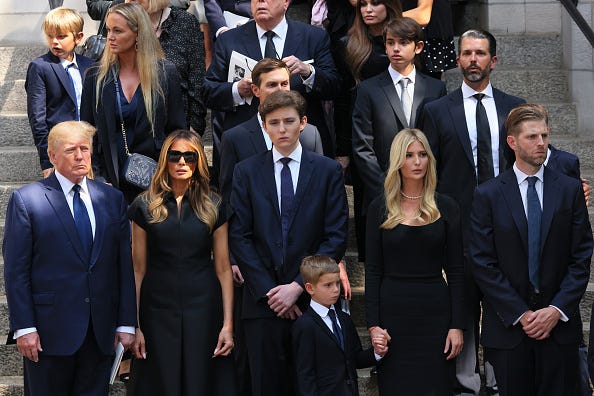 NEW YORK (1010 WINS) — Ivana Trump, an icon of 1980s style, wealth and excess and a businesswoman who helped her husband build an empire that launched him to the presidency, was being celebrated at a funeral mass in Manhattan on Wednesday following her accidental death last week.

The three Trump siblings were all expected to speak during the private services, according to ABC News. 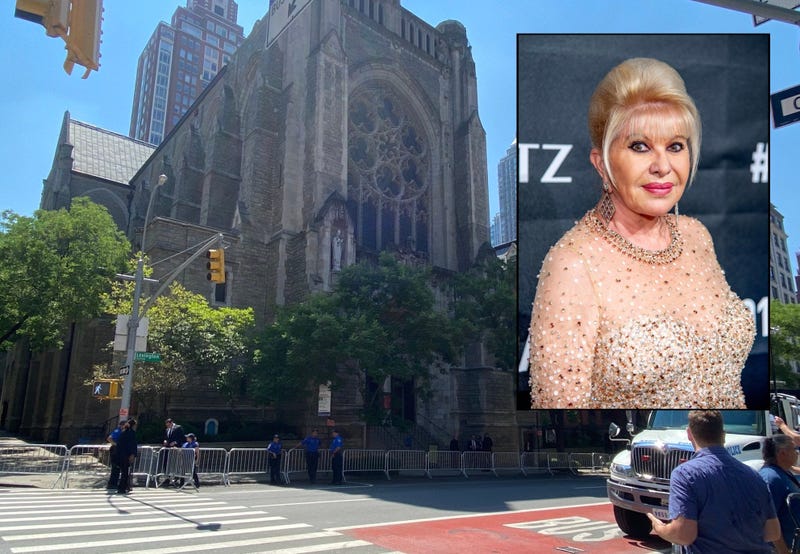 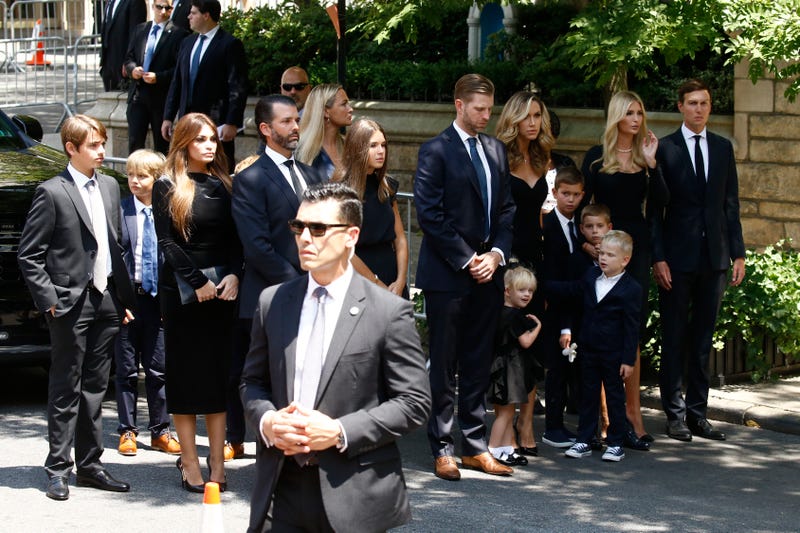 The former president and his current wife, former first lady Melania Trump, joined the rest of the Trump family at the church, arriving with a security detail. Earlier in the morning, the couple was seen at the Frank E. Campbell Funeral Chapel on Madison Avenue.

Mourners are said to be flying in from all over the world for the “Celebration of Life,” which began shortly before 2 p.m. The NYPD had barriers up around the church on Wednesday morning.

Trump’s family announced last Thursday that the 73-year-old had died at her townhouse on E. 64th Steet near Central Park. The city medical examiner said the death was an accident, with blunt impact injuries to her torso as the cause. It appears she suffered an accidental fall down a staircase at the home where she's lived for decades.

“We all want to remember Ivana as the vibrant, sociable person she was,” said R. Couri Hay, a longtime friend of Trump’s who planned to attend the service. 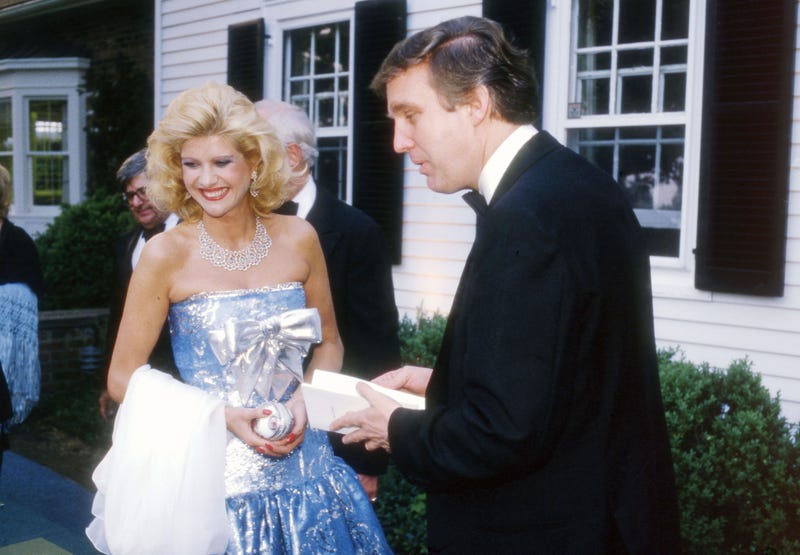 Ivana and Donald Trump met in the 1970s and were married for 15 years, from 1977 to 1992. In the 1980s, they were a power couple, and she became well known in her own right, instantly recognizable with her blond hair in an updo and her glamorous look.

The Trumps made front-page news on a regular basis with their buildings, appearances, glitz and glamour. Their ugly divorce made headlines as well, but both were said to have maintained friendly relations in recent years and were proud of their children. 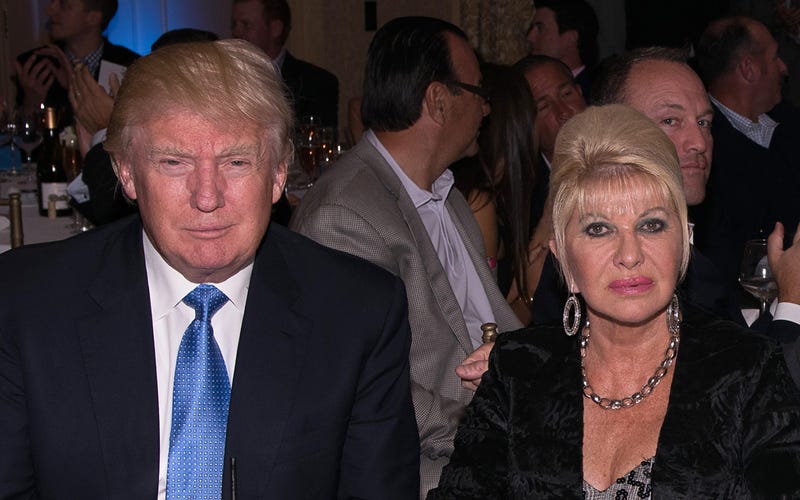 Ivana also took part in her husband’s businesses, managing one of his Atlantic City casinos and picking out some of the design elements in Trump Tower on Fifth Avenue.

Ivana was an enthusiastic supporter of Donald Trump’s 2016 presidential campaign, and she said they spoke on a regular basis during his presidency.

“She was outstanding,” Trump said. “Beautiful inside and out. We began all of it, our lives together, with such a great relationship.”

Asked about her greatest attributes, Trump said, “That she was different. That she never gave up. Beautiful, yes, but she was also a hard worker. No matter how rough things were or how badly they looked she never fell down. She went from communism to our lives together. She took nothing for granted.” 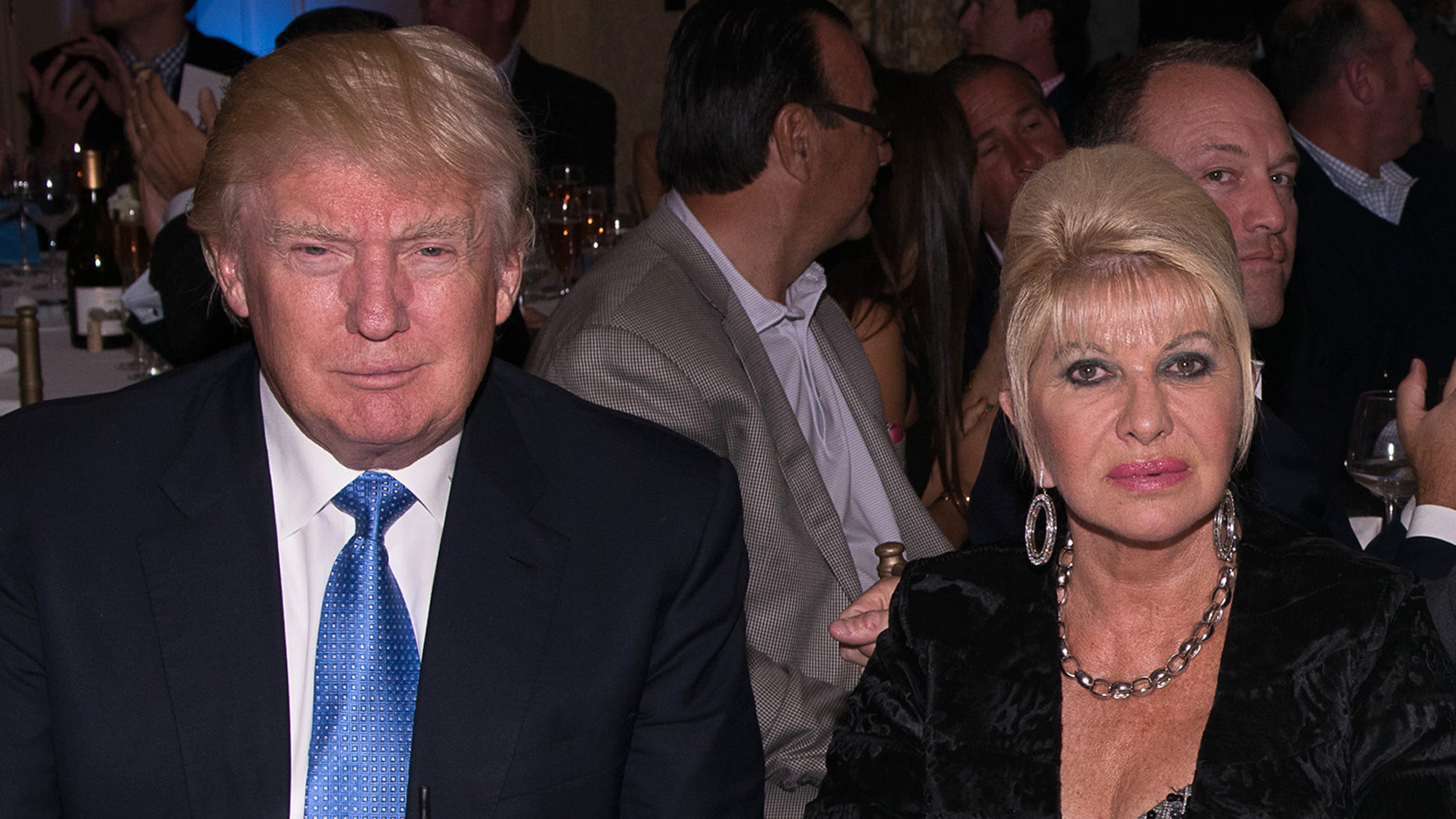