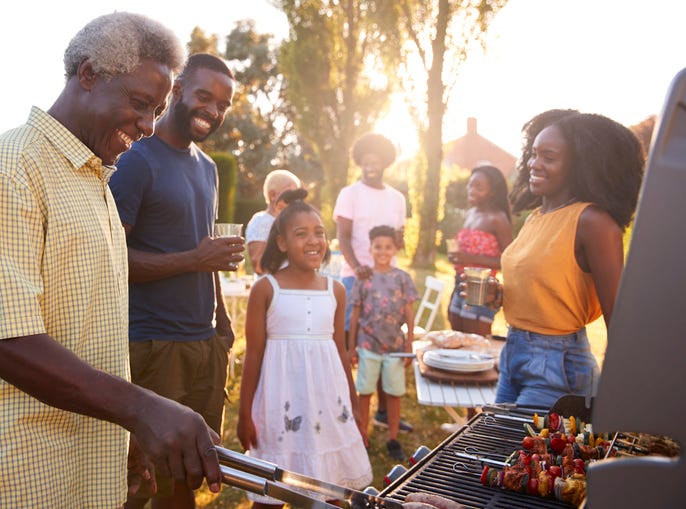 On June 19, the country celebrates Juneteenth, a holiday that commemorates the day the Emancipation Proclamation reached the last people still enslaved in Texas in 1865.

The Juneteenth holiday is celebrated with block parties, cookouts, and educational, art, and music events.

The outcry of racial justice supported largely by the Black Lives Matter movement after the killings of George Floyd, Breonna Taylor, and other Black Americans changed the significance of the holiday in 2020.

The protest movement sparked an increased dialogue around systemic racism and police brutality. Companies including Nike, Twitter, and Uber celebrated the holiday by giving employees paid days off.

Here’s what you need to know about Juneteenth and the celebrations taking place this year.

Although Abraham Lincoln’s Emancipation Proclamation officially outlawed slavery in Texas and other states that rebelled against the Union nearly two and a half years earlier, it could not be enforced in places still under Confederate control.

It took more than two years for approximately 250,000 Texan slaves to learn their freedom had been secured by the government. Texas was the last Confederate state to have the proclamation announced.

More than 150 years later, all 50 states and the District of Columbia officially recognize Juneteenth as a statewide holiday. In 2022, South Dakota became the last state to recognize Juneteenth. Although it only became a federal holiday last year, the day has been celebrated by Black Americans since the late 1800s.

What is the Juneteenth Flag?

The original Juneteenth flag was created in 1997 by Ben Haith, the founder of the National Juneteenth Celebration Foundation.  The red and blue colors were deliberately chosen to symbolize unity between Black Americans and the United States.

The white outlined star in the middle of the flag is another call to the United States flag, and the arc represents the new horizon and opportunities for Black communities, according to the National Juneteenth Observance Foundation.

What celebrations are taking place?

Across the country, people are celebrating Juneteenth with celebrations, community gatherings, music, and powerful tributes to Black leaders of the past and present.

New York has announced its annual Juneteenth 3-day summit, with this year's theme "Unity in the Black Family Unit," and features performers, education activities for children and much more. In addition, there are events planned across all five boroughs of the city.

The Smithsonian's National Museum of African American Culture and History in Washington D.C. will also hold a series of public forums on the history and significance of Juneteenth and stories that celebrate Black leaders throughout history.

How to celebrate Juneteenth at home

There are many ways to celebrate the holiday right from home. In addition to donating to organizations, you can support Black-owned businesses, listen to Black artists, or read books written by Black poets and authors to contribute to the conversation of race and equality.