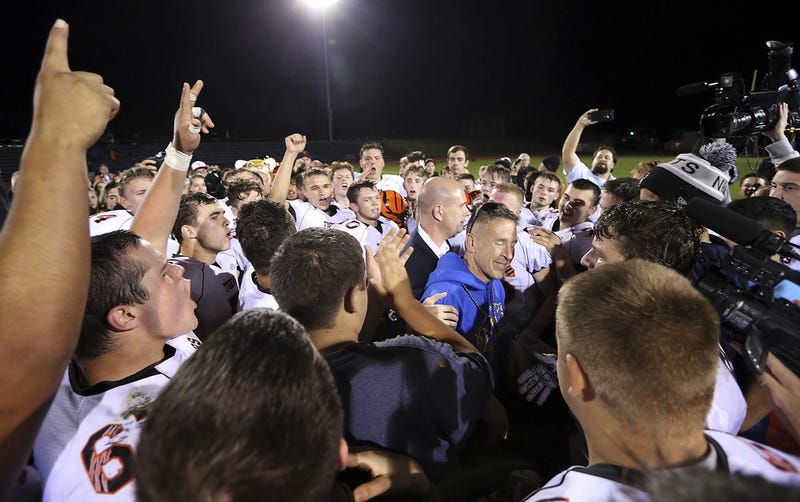 Bremerton High School assistant football coach Joe Kennedy, at center in blue, is surrounded by Centralia High School football players after they took a knee and prayed with him on the field after the team's game against Bremerton on Oct. 16, 2015, in Bremerton, Washington. Photo credit Meegan M. Reid / USA Today Network
By KYW Podcasts and Eric Walter, KYW Newsradio

PHILADELPHIA (KYW Newsradio) — The final days of the U.S. Supreme Court’s most recent term were full of incredibly consequential decisions. Of course, the overturning of Roe vs. Wade grabbed the lion’s share of public attention. However, another decision worth paying attention to is their 6-3 ruling in favor of a former public high school football coach from the state of Washington who led his players in prayer on the 50-yard line after games.

The decision seemed, to many, to blur the line separating church and state. Was this case simply a matter of free speech, or does it signal a potentially deeper shift?

To learn more about what was in play, and about the longer-term implications of the decision, we invited University of Pennsylvania law professor Kermit Roosevelt to join the podcast. Roosevelt is the author of the new book, “The Nation that Never Was.”

In Texas, public school leaders can’t prohibit students from privately practicing their own religion on school grounds — but neither can they force students to participate in religious activities or lead their classes in prayer.

Coach Joe Kennedy sued the Bremerton School District after he was suspended from his job for refusing to stop leading prayers with players after football games, claiming religious discrimination.

Roosevelt says the school context is difficult, because there are two clashing principles. First, Kennedy doesn’t surrender his rights just because he’s a public school teacher. On the other hand, he is an authority figure, and students may feel coerced to participate in a ritual they don’t believe in. 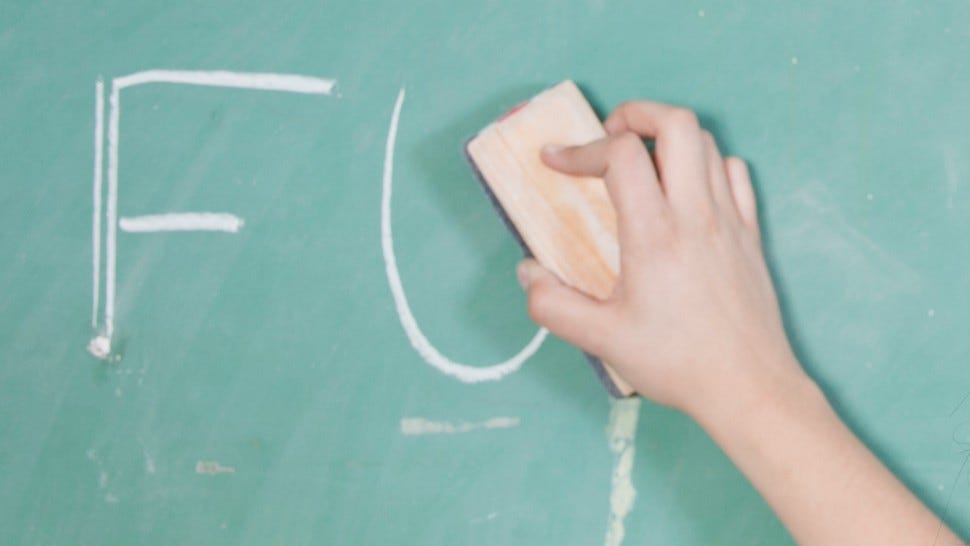 “If you're not interfering with the educational mission of the school, you should be able to pray, right, as long as you're not hurting anyone else. You can pray just like you can check your email or make a dinner reservation,” Roosevelt said.

On the other side, he said, Kennedy was a government employee with authority over students.

“They might know that, if they pray with him, they get more playing time; if they don't pray with him, they don't. … And even for people who do believe, if you tie religion to state approval in this way, it cheapens religion and it corrupts religion because it gives you this secular benefit for engaging in a display of religious belief, which is something the founders were very concerned about.”

In other words, he said, if you think of Kennedy as a private individual with a government job, trying to exercise his religious freedom, he should win. And if you think of him as a governmental figure with authority over impressionable students who might expect consequences if they don't participate in prayer, then he should lose.

The court ruled that Kennedy was praying as a private citizen when he knelt after games, not as an employee of the district, and that the school had violated his First Amendment rights by preventing him from practicing his religion in a non-disruptive way.

Observers say this may set a precedent for the protection of more school employees’ public displays of religion.

Listen to this edition of KYW Newsradio In Depth