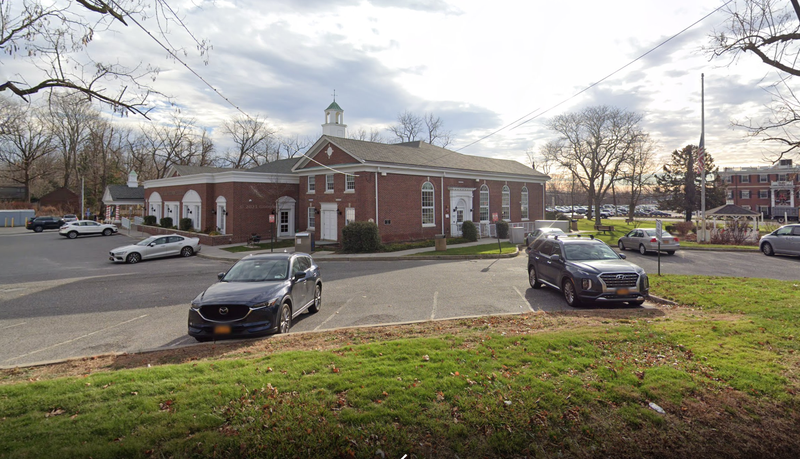 The Smithtown library where LGBTQ-related book displays are to be banned from its children's section. Photo credit Google Street View
By Rabia Gursoy, WINS
Updated on

SMITHTOWN, N.Y. (1010 WINS) -- The Smithtown Library Board of Trustees on Long Island, New York voted on Thursday night 4-2 to reverse a previous vote banning LGBTQ content -- including books and displays -- from children's sections. The board initially voted 4-2 in favor of the ban.

"The majority of the board recognizes that our earlier decision was made without the time, care, or due diligence that a decision of this type deserves and that it was the wrong decision," the trustees admitted.

The board's reversal and candidly-written apology came just hours after Gov. Kathy Hochul directed the New York State Division of Human Rights to launch an investigation into the matter.

"I am horrified by reports that the Smithtown Library Board has decided to remove any LGBTQ+ related books from displays in the children's sections of its libraries and have directed the New York State Division of Human Rights to launch an investigation immediately," Hochul stated in a press release.

"Public places are prohibited by law from engaging in discrimination based on sexual orientation or gender identity," Hochul said. "Everyone - and particularly our state's young people - deserves to feel welcome at the library. For many LGBTQ+ kids, libraries are a place of refuge and information where they can be welcomed and affirmed for who they are."

The memo, circulating on Twitter and Facebook states that the board voted 4-2 on the ban. It later received swift backlash from local politicians to community members.

"Please understand that all books on this subject are still part of the Library's Children's collection and can be checked out by anyone wishing to do so. These titles have not been removed from the collection," the board announced on Wednesday in a statement.

"I was horrified by the display of ignorance at last night's Board meeting,” Brianna Baker-Stines, the president of the library board, told NBC New York. “As a member of the LGBTQIA+ community, I recognize the importance of access to diverse materials.”

The New York Library Associations also put out a statement saying that the ban “is a direct violation of NYLA’s commitment to intellectual freedom and the freedom to read that libraries are entrusted to uphold.”

For many LGBTQ+ kids, libraries are one of the few spaces where they can be welcomed and affirmed for who they are.

Our public spaces should be accepting our young people — not rejecting them.

To LGBTQ+ New Yorkers: We stand with you, we support you, & you are welcome here. https://t.co/x6w1q8o3El

“Our public spaces should be accepting our young people — not rejecting them,” Hochul tweeted.

The president of the library board had said planned to do everything she could to make sure children and families have access to Pride books.

"We will not tolerate a 'Don't Say Gay' philosophy taking root in our state," Hochul said. "I look forward to seeing the Division of Human Rights take prompt action to investigate these reports."